Amazon.com (NASDAQ:AMZN) is without question a once-in-a-generation success story. In the 20 years since its founding, the company has grown into one of the most valuable companies in the world. It dominates e-commerce and cloud computing, and its appetite for growth knows no bounds.

But with an $800 billion market capitalization and no shortage of threats, it may be difficult for Amazon stock to vastly outperform the market in the future. Three of our Motley Fool investors think Best Buy (NYSE:BBY), Appian (NASDAQ:APPN), and Canopy Growth (NASDAQ:CGC) could prove to be better investments that Amazon. Here's what you need to know. 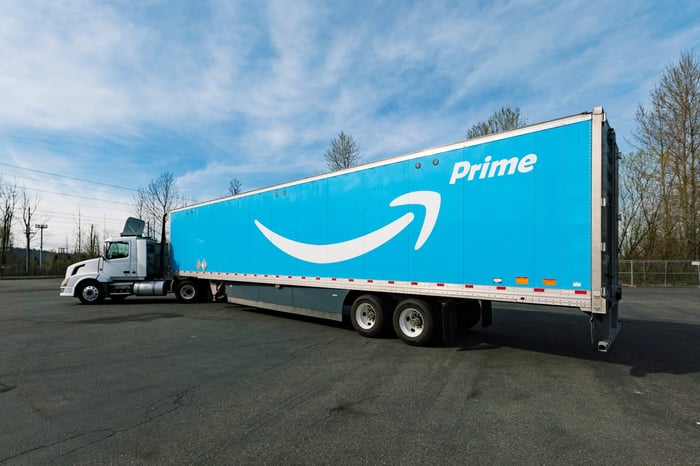 Amazon isn't the only retailer

Tim Green (Best Buy): Since the beginning of 2013, shares of consumer electronics retailer Best Buy have soared more than 500%. No, that's not a typo. Until recently, Best Buy stock had actually outperformed Amazon stock over this period. Exhibit A for why value investing is far from dead.

What drove this incredible turnaround? A mix of lower prices, cutting unnecessary costs, and investments in e-commerce. The numbers speak for themselves. During the first quarter of this year, Best Buy reported comparable sales growth of 7.1% and adjusted earnings-per-share growth of 37%. The company expects to produce as much as $5.75 in per-share adjusted earnings by fiscal 2021, up from $2.07 in fiscal 2014.

Don't expect another 500% return over the next five years. But Best Buy can certainly continue to provide market-beating, and possibly Amazon-beating, returns. The company's growth strategy revolves around becoming a provider of solutions, not just products. With smart home devices proliferating, Best Buy sees an opportunity to help customers make sense of all the options.

Best Buy CEO Hubert Joly described the plan last year: "We are excited by the opportunities we have in this next chapter to grow the company by helping customers pursue their passions and enrich their lives with the help of technology, which is a much bigger idea and one that is rich with opportunities."

With Best Buy stock trading for 12.5 times the high end of the company's fiscal 2021 earnings guidance, there's plenty of upside left if the retailer can keep the momentum going.

An innovator in software coding

Nicholas Rossolillo (Appian): Just as Amazon revolutionized retail for the 21st century, a handful of small tech companies are trying to do something similar for the world of software. Known as low-code, or the development of software applications without extensive software coding know-how, it aims to solve two problems: the shortage of software engineering talent and organizations needing to play catch-up in the digital age. A leader in that small "low-code" industry is Appian.

Appian's cloud-based service is designed to help coders get digital solutions up and running fast, but those without extensive training can contribute to the development of applications, too. That can be much-needed help for businesses needing to get up to date with the times but have limited resources to spend on an IT department.

Revenue is up 30% since the company became public in the late spring of 2017, and that direction doesn't appear to be letting up. In the first quarter of 2018, total sales increased 35% from a year ago. In addition to adding new customers, existing ones keep increasing their spending with the low-code provider; the revenue retention rate was 119%, implying a 19% spending increase from current customers.

For some investors, Appian's lack of profits might be a concern. The company ran a $0.16-per-share loss in the last quarter. However, as Amazon has grown over the years, it often hasn't been profitable either as the bottom line was sacrificed for growth. Such is the case here as well, and with a market cap of only $2.0 billion, Appian has the potential to provide big returns in the years ahead.

Don't underestimate the size of the marijuana market

Todd Campbell (Canopy Growth): The biggest knock against marijuana stock Canopy Growth is its valuation, but tobacco stocks suggest Canopy Growth could eventually be worth much more than its current $6.1 billion market cap.

How much more is anyone's guess, but it shouldn't be ignored that the market caps of cigarette giants Altria Group, Philip Morris, and British American Tobacco are $107 billion, $125 billion, and $105 billion, respectively.

Tobacco is big business and, undeniably, there's no guarantee pro-pot momentum will continue convincing lawmakers to create legal marijuana marketplaces worldwide. Nevertheless, I think there's a very good chance marijuana will win widespread legalization, and if so, then Canopy Growth is perfectly positioned to deliver Amazon-beating returns to investors.

Canopy Growth is a major player in the Canadian medical marijuana market with nearly $17 million in quarterly sales last quarter (at current exchange rates), up 123% year over year. Canadians spent $4.4 billion on marijuana in 2017 (at current exchange rates) and later this year, the nation's recreational marijuana market is expected to open, clearing the way for Canopy Growth's sales to surge higher.

Canopy Growth is focusing on countries that have already legalized cannabis nationally, so it doesn't participate in the U.S. market yet, but you can bet the company will jump in when the time is right. In the meantime, it's building up its operations in Germany, Australia, and, most recently, Africa.

Overall, there's no telling how this industry will shake out, but the big three tobacco purveyors racked up nearly $80 billion in combined revenue over the past 12 months, and while estimates of the size of the marijuana market vary, Cowen & Co. forecasts that legalizing marijuana in the U.S. alone will create a $70 billion market by 2030. Currently, U.S. wine sales add up to $60 billion and beer sales are at $110 billion annually, so that's not a crazy guess.

Disrupting this market reminds me of how e-commerce disrupted retail and that could mean Canopy Growth will generate gains that Amazon investors will envy.