For years, chip giant Intel (NASDAQ:INTC) has been pitching itself as more than a personal computer company. Indeed, Intel claims that it's a "data company." Its overall strategy is to be the go-to company for products that process, store, and transmit data.

And over the last several years, Intel has made progress toward becoming less dependent on the struggling personal computer market. In fact, in its earnings releases, it now explicitly highlights what revenue it generates from so-called "PC-centric" businesses as well as revenue from "data-centric" businesses. In 2017, just 54% of the company's revenue was from PC-centric products, down from 58.1% in 2015.

Although Intel's business is, in fact, more diversified than it once was, the reality is this: Intel's diversification has largely been a result of strategies that have been in place for a long time. In other words, very little of the strategy is new. Allow me to illustrate. 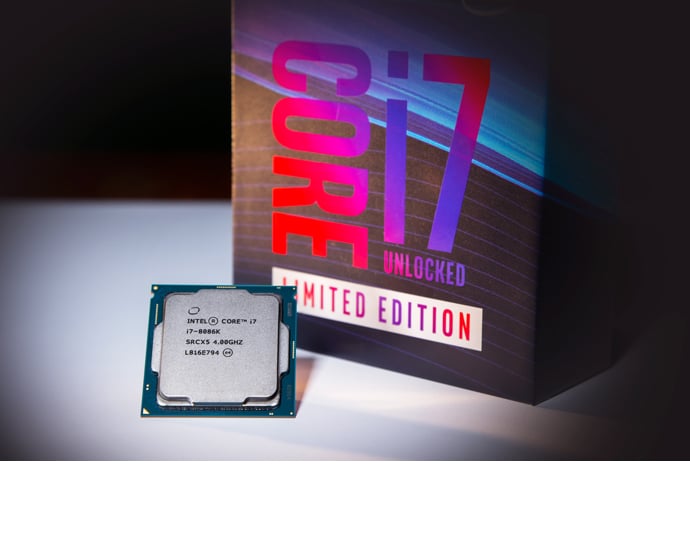 Intel's business is comprised of the following business units:

Looking at these numbers, something becomes abundantly clear: The growth in Intel's data center group and the relative stagnation in the client computing group has been responsible for a large part of the diversification. Intel has been in the data center processor and related component business for many years -- long before the current management regime took the helm.

Several years ago, Intel reclassified its operating segments and what was previously the company's intelligent systems group in the other architecture group became the Internet of Things group.

Now, to be fair, Intel's ambitions within its Internet of Things group have, naturally, grown. The company seems to have doubled down on, for example, autonomous vehicles and even spent a cool $15.3 billion acquiring computer vision chip specialist Mobileye to get in the game faster. However, the fundamental strategy of participating in the embedded processor market hasn't really changed.

Two things that have changed

To give Intel's current CEO, Brian Krzanich, credit, there have been two reasonably large strategy changes that could, over the long haul, result in a much more diversified revenue base.

The first is that, under Krzanich, Intel has seriously stepped up its bet on nonvolatile memory products, like NAND flash and 3D XPoint memories. Back in 2015, the company announced that it would be building a wholly owned 3D NAND flash memory manufacturing plant and, earlier this year, that it would take the development of future 3D NAND flash technologies completely in-house, severing its co-development agreement with memory giant Micron.

Over the long term, I think Intel's bet on nonvolatile memory is going to pay off handsomely, resulting in substantial revenue and profit growth. The nonvolatile memory group is already the company's third-largest business by revenue, and I think over time it could go from being a distant third to a close third. That phenomenon playing out would serve to substantially diversify the total revenue base.

The second is that Intel acquired programmable logic specialist Altera. Altera was known for making a type of chip known as a field programmable gate array, or FPGA. The chip's behavior can be reprogrammed on the fly, making it extremely flexible. FPGAs are seeing increasing use in data center applications.

Intel paid a cool $16.7 billion for Altera, and although this business makes up a small portion of revenue today, that percentage could grow over the years as FPGAs find their way into an increasingly diverse range of applications.

The company also plans to integrate FPGAs with its Xeon processors (Intel has such a part out today but that integration is set to get deeper in future product generations). While revenue from such parts will likely fall under the data center group and not under its programmable solutions group, the net effect is that Intel's product offerings in the data center group will become more diverse and that could help boost revenue and protect market share.

Make no mistake: Intel is, over time, becoming a more diverse company. More of its revenue is coming from its data center business as well as a handful of other smaller businesses and less of it is coming from sales of personal computer chips. But investors need to keep in mind that this strategy, from a bird's-eye view, isn't much different than it's been in years past.

The details may have changed and Intel has certainly taken some bold steps to accelerate that diversification, but considering the general stagnation of the personal computer market and the natural growth of the businesses that Intel has already been participating in for years, it's hard to say that Intel's strategy has been fundamentally reworked. So, I'm hesitant to give the management team too much credit for the current diversification story.