I won't sugarcoat it: Microsoft's (NASDAQ:MSFT) Xbox One game console has been a disappointment. The software giant has sold 37.5 million Xbox One consoles globally since launch, according to VGChartz. That pales in comparison to the 79.5 million PlayStation 4 consoles Sony (NYSE:SONY) has put into gamers' living rooms. And Nintendo's Switch console, launched in 2017, is quickly catching up.

Rumors are swirling that Microsoft plans to launch its next-generation Xbox console in 2020. Whenever it arrives, Microsoft will be better prepared this time around. The company announced on June 10 at E3 that it's doubling down on original, exclusive games. By acquiring four game studios and launching a brand-new one, Microsoft has doubled the number of in-house game development studios in one fell swoop.

This move should help solve one of the core problems with the Xbox and position Microsoft to grow its gaming business beyond game consoles. 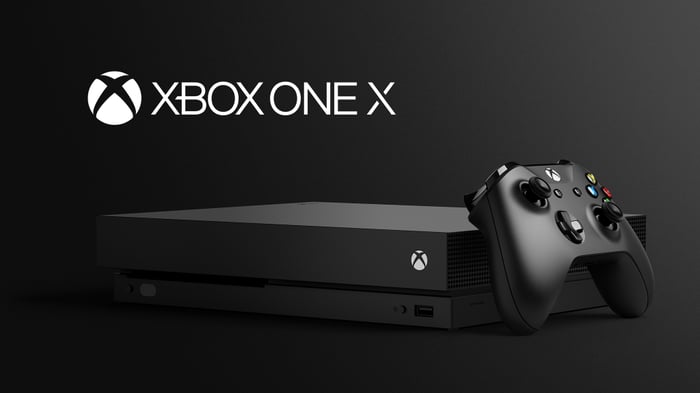 Why the Xbox One was a dud

When Microsoft launched the Xbox One in 2013, it made a major miscalculation. The company's Kinect motion sensor was included with all consoles by default, pushing the price $100 higher than Sony's PlayStation 4. Gamers balked, overwhelmingly choosing the PlayStation 4.

Microsoft eventually corrected this error, removing the Kinect and dropping the price on the Xbox One console to match Sony's pricing. But that stumble out of the gate was costly.

Microsoft could have recovered, but a second problem ensured that the PlayStation 4 would come out on top. The Xbox One featured fewer top-notch exclusive titles than the PlayStation 4 due to a lack on investment from Microsoft. Xbox head honcho Phil Spencer admitted to Bloomberg in November of last year that the company needed to step it up: "Our ability to go create content has to be one of our strengths. We haven't always invested at the same level."

Microsoft has now taken a big step toward remedying its exclusive game problem. The company has acquired or has letters of intent to acquire the following four game studios:

Exclusive titles will be critical for the success of the next Xbox, but the opportunity for Microsoft goes beyond game consoles. The company is planning to eventually launch a game streaming service that will bring console-quality gaming to other devices, including smartphones. No date has been set, but I would bet on a launch around the time of the next Xbox console.

Microsoft already offers a subscription service called Xbox Game Pass, which allows Xbox One users to download and play more than 100 games for a $9.99 monthly fee. But a streaming service would allow Microsoft to bring its games to a much broader audience. More than 2 billion people play games globally, according to the company, and only a tiny fraction of those will be buying Microsoft's next game console.

The key to tapping into the larger gaming market is high-quality, exclusive content on all major platforms. With Microsoft doubling its game development efforts and working toward a streaming service, it's finally making the right moves.