Starbucks (NASDAQ:SBUX) may consider itself a "third place" (after the home and the workplace) for people, but it should place first in the minds of those looking for a quality investment.

Investors would do well to consider it, particularly now that chairman Howard Schultz is stepping away from the company to pursue other interests (many expect a run for president), and there is uncertainty swirling around the coffeehouse because of it. 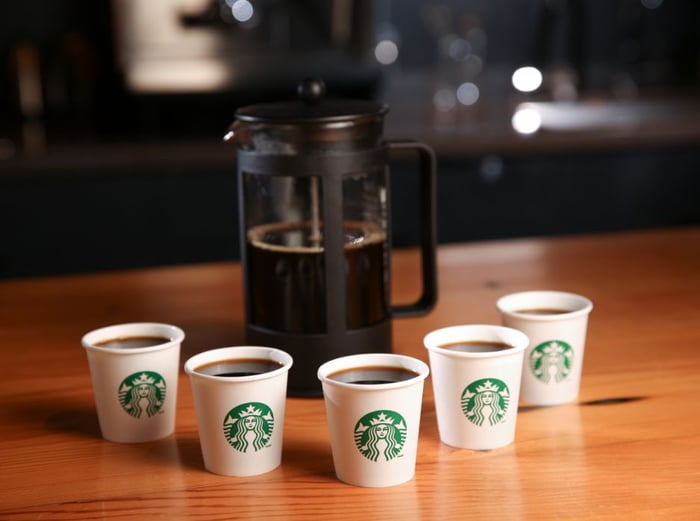 Schultz left the company once before, and the business cratered because of overexpansion at a time when it was reeling from the recession. After stepping back in, he righted the ship and created a global force for premium coffee. 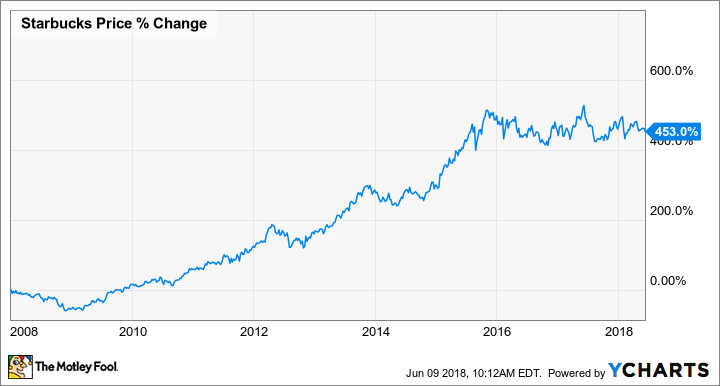 Whether you're a Starbucks fan or not (I'm in the latter camp), you can't ignore Schultz' genius in creating the modern coffeehouse concept. His departure may be the reason for investor concern over whether Starbucks can continue to effectively grow. But having both Kevin Johnson as CEO -- a position he took over last year -- and Mike Ullman succeeding Schultz as chairman should put investors' minds at ease.

Steady hands on the tiller

It was Johnson who became the face of Starbucks' response to the public relations nightmare that followed the controversial arrest of two black men at a Philadelphia branch. Johnson took responsibility for the incident, apologized, and made good on his promise to help ensure there wouldn't be a recurrence by closing all his stores for an afternoon of racial bias training.

That seems indicative of good leadership and not simply trying to pass the blame onto someone else.

Ullman is a giant in the retail industry, and his prowess in having pulled J.C. Penney (NYSE:JCP) back from the brink of bankruptcy is impressive. He is not adverse to completely undoing set policy if he doesn't see it being right for the company. Once he took control of the failing department store chain, he reversed nearly every action prior CEO Ron Johnson had put in place, which set the retailer on a path to recovery. Taking premium to a new level

Starbucks isn't in nearly as sad a state as J.C. Penney had been. But U.S. comparable-store sales growth at the coffee chain has been lackluster, with just 2% growth in the last two quarters following only 3% growth across all of 2017. Starbucks also lowered its long-term earnings growth target from a range of 15% to 20%, down to 12%.

When he gave the CEO reins to Johnson last year, Schultz shifted his own focus toward a grand vision for the company as a premium coffeehouse by opening upscale Reserve stores and large Roastery showrooms. Starbucks intends to open 30 Roastery stores in the coming years, featuring baked goods from the Italian restaurant Princi.

While these premium stores have the potential to help Starbucks lead the way on an immersive, premium coffee experience, don't be surprised if the plug is pulled on them -- and quickly -- if they don't offer the expected returns. Schultz may be chairman emeritus of Starbucks, but Johnson (and, by extension, Ullman) have the opportunity to put their mark on the company.

The risk is that Schultz was seen as a visionary leader. And though Johnson is capable, and Ullman is a turnaround veteran, they're not viewed in the same iconic mold as their predecessor, for better or worse. That means they might not get the same leeway from the markets that Schultz could, which actually provides investors with an opportunity.

The big growth opportunity is international, especially China. And Starbucks will roll out thousands of new stores in the years to come to capitalize on China's growing middle class. Even here at home, Starbucks recent $7.1 billion deal with Nestle gives it a chance to realize new growth possibilities that weren't previously open to it, despite the ubiquity of the brand.

And it comes with a premiere stock that is being discounted by the market. Shares trade for only 17 times trailing earnings and 20 times next year's estimates. With the price down 10% from its 52-week highs because of the uncertainty surrounding the chain, investors might just find that Starbucks is a buy because there is so much opportunity to surprise the market.

It's certainly a curious time for Schultz to leave the company, if he's really considering presidential politics. But from an investment standpoint, shareholders may have a real chance to gain from Starbucks getting out from under Schultz' shadow.