This analyst seems to think so.

Kinder Morgan's (KMI -1.50%) stock has been all over the map this year, peaking at more than $19.50 a share before tumbling below $15. The stock has recovered a bit, recently rising to around $17 on the heels the company's agreement to sell the controversial Trans Mountain Pipeline to the Government of Canada. However, shares could have further to run according to an analyst at Wells Fargo, who upgraded the stock to outperform and set a $20 price target, implying double-digit upside from the current price. Here's a closer look at why this analyst believes Kinder Morgan's next stop will be $20 a share.

Solving two problems with one deal

The main driver of the Wells Fargo upgrade was the recently announced sale of the Trans Mountain pipeline and associated expansion project to the Government of Canada. The move not only removes the uncertainty surrounding the hotly contested expansion -- which is already a year behind schedule -- but significantly improves the company's balance sheet. 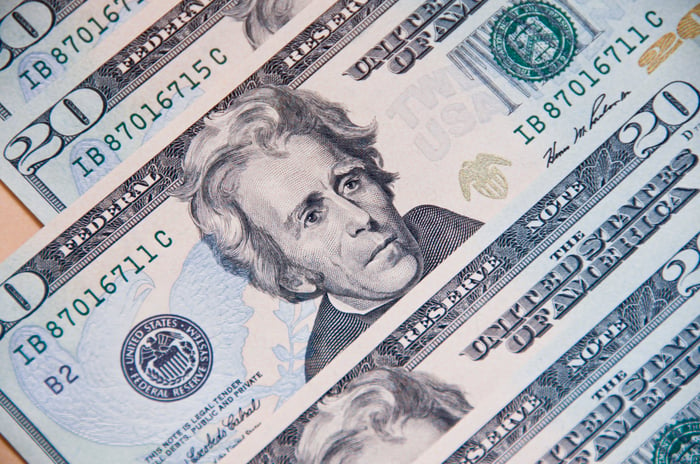 While the sale of the pipeline does cut Kinder Morgan's growth project backlog in half, it also removes a major cloud of uncertainty since there was no guarantee the company would ever finish the expansion project. Meanwhile, the company will receive a multibillion-dollar cash infusion from the sale, which will bolster its balance sheet. According to the Wells Fargo analyst, Kinder Morgan's debt-to-EBITDA ratio will end the year at 4.5, which is much lower than the 5.1 level the company expected. That improved leverage ratio will help remove the other weight that has been holding shares down over the past few years.

With those two weights lifted, Kinder Morgan's stock should be free to move up toward the $20 a share level. That price point makes sense because it implies that shares would sell for roughly 10 times cash flow. While that would still be below the peer group average of about 11 times cash flow, it's an improvement from the current bottom-of-the-barrel level of around eight.

More catalysts could be on the horizon

Another reason Wells Fargo has turned bullish on Kinder Morgan is that it sees additional catalysts on the horizon. These include the possibility of announcing new expansion projects that would improve its growth visibility, as well as the potential for it to sell its carbon dioxide business, which produces oil by injecting carbon dioxide into depleting oil fields.

The first catalyst is highly probable. Kinder Morgan has already stated that it's developing several expansion projects, including being in the early stages of another pipeline to move natural gas out of the Permian Basin. That's one of several opportunities it's exploring in the region, which could help replace the growth it hoped to deliver by expanding Trans Mountain.

In addition, for quite some time there have been rumors the company is exploring a sale for its carbon dioxide business and the associated oil production assets since they don't fit within its portfolio of stable fee-generating assets. With oil prices improving over the past year, that business is now much more valuable, making a sale or spin-off a more viable option.

Kinder Morgan could also explore acquisition opportunities, especially in Canada. The company made it clear that it has no plans to abandon the country even after giving up on the Trans Mountain Pipeline, and could spend its windfall from selling that pipeline on acquiring midstream assets in the country. CEO Steve Kean stated on the company's first-quarter conference call that "it's not a large group of players there, but there are some very capable players with good midstream assets," that Kinder Morgan would have interest in buying.

As the company unveils additional expansion projects and decides what other strategic moves it plans to make, this new information will give investors a better idea on how fast it can grow cash flow in the coming years. The higher that number, the more likely shares will fetch a valuation at or even above the peer group average.

It's easy to see the upside

Unless the stock market or oil prices fall off a cliff, it seems highly probable that Kinder Morgan's next stop could be $20 a share. The company has removed the main weights holding it down, which should allow shares to fetch a valuation closer to its peer group average. There could be even more upside as the company's growth picture comes into clearer focus. Those factors are among the many that make this stock a good one to buy right now.