The tech giant continues to gear up to disrupt the $12 trillion manufacturing market.

The center, which will be powered by 10 HP Multi-Jet Fusion 3D printing systems, will provide production-grade components and prototypes for manufacturers of cars, consumer goods, and other products. 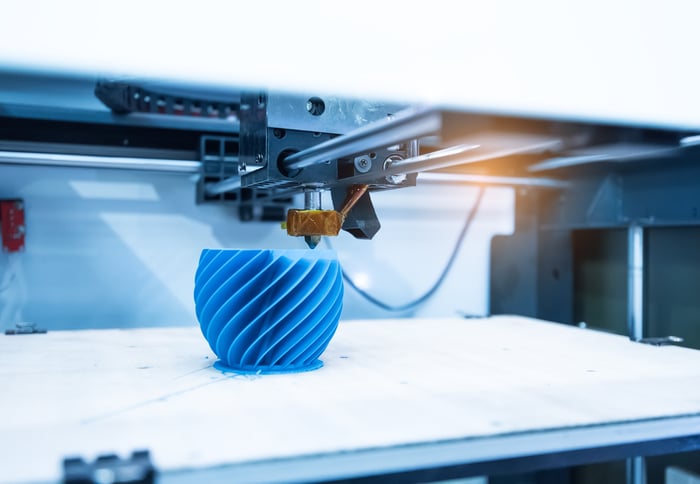 HP also signed a Memorandum of Understanding with Guangdong Lanwan Intelligence Technology and the Institute of Foshan, Nanhai Guangdong Technology University to promote the adoption of 3D printers across Southern China. Let's consider how this partnership could strengthen HP's core business.

Why 3D printers matter to HP

After it spun off Hewlett-Packard Enterprise in late 2015, the "new" HP Inc. was left with just two business lines -- PCs and printers. Both were considered slow growth, but HP invested in fresh designs for its higher-end laptops and convertibles, while diversifying its printing unit away from traditional printers.

It launched new mobile printers, like the well-received Sprocket, for smartphones. And it acquired Samsung's printing unit last year to expand its reach in the A3 multifunction printer market.

But most importantly, HP entered the industrial 3D printing market in 2016 with its Multi-Jet Fusion Technology printers. HP's ambitions to compete in that sector, which it initially revealed in 2014, caused shares of 3D printer makers Stratasys (SSYS -0.27%) and 3D Systems (DDD -0.57%) to tumble. 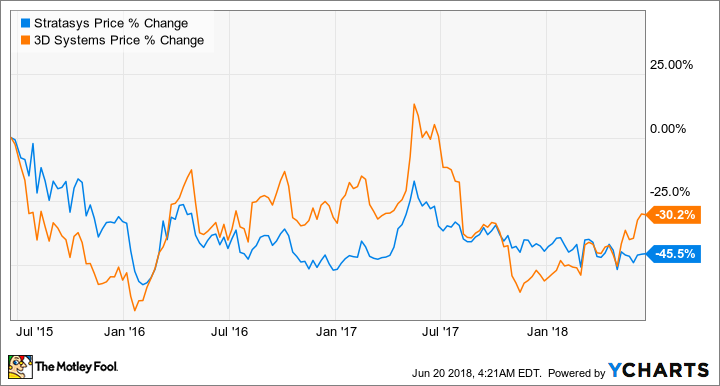 Stratasys and 3D Systems have both struggled to post stable profits. HP, by contrast, has deep pockets, brand recognition, and an entrenched position with enterprise customers, all of which gave it an edge against those smaller incumbents. 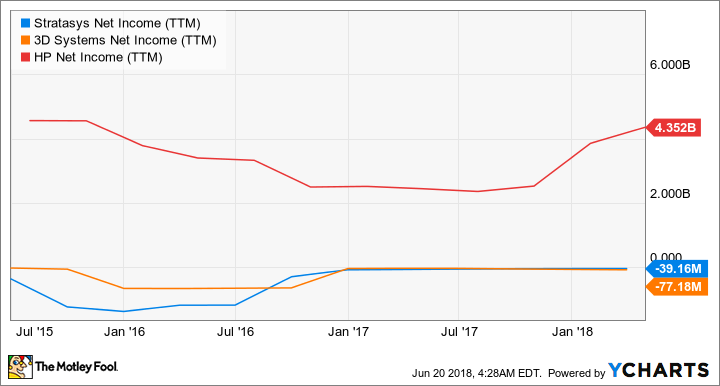 During last quarter's conference call, HP CEO Dion Weisler called the 3D printing market a "huge opportunity" that could "disrupt the $12 trillion global manufacturing market." The business remains a small revenue generator relative to its inkjet and laser printers, but Weisler noted that more enterprise customers were "placing repeat orders, upgrading their systems for higher volume manufacturing, and scaling with double-digit unit installations." The new center in China will complement the growth of that business in Asia, where HP generated over a fifth of its total revenues last quarter.

Weisler also previously stated that HP was developing 3D printers for metal objects. It hasn't launched them yet, but they could revolutionize how manufacturers produce metal components in the near future.

Another pillar of growth for a strong business

We don't know exactly how much revenue HP generates from 3D printing yet. Its 3D printer results are folded in with the other printers in its Commercial Printers unit, while their supplies are included in its Supplies segment. However, we know that its printing units are all posting solid growth.

That growth complemented the 14% sales growth at its PC unit, and boosted HP's total revenues by 13% to $14 billion for the quarter. Wall Street expects that momentum to continue with 11% sales growth and 21% earnings growth for the full year.

HP's 3D printing unit will likely grow much larger over the next few years. IDC expects global spending on 3D printers, materials, software, and services to surge from the $13.2 billion it hit in 2016 to $28.9 billion in 2020, and HP arguably remains a much better bet for investors looking to profit from that growth than struggling rivals like Stratasys and 3D Systems.