Graphics specialist NVIDIA (NASDAQ:NVDA) supplied the graphics processors for Sony's (NYSE:SONY) PlayStation 3 game console, but it was left out in the cold in the subsequent game console generation, with none of the major game console makers -- Sony, Microsoft (NASDAQ:MSFT), or Nintendo (OTC:NTDOY) -- adopting the company's processors.

Although NVIDIA had, smartly, turned its focus on the booming market for graphics processors for personal computers (and even publicly claimed that it passed on providing chips for the Sony PlayStation 4 because of low profit margins on game console chips), the company began supplying chips for a high-profile game console last year -- the Nintendo Switch. 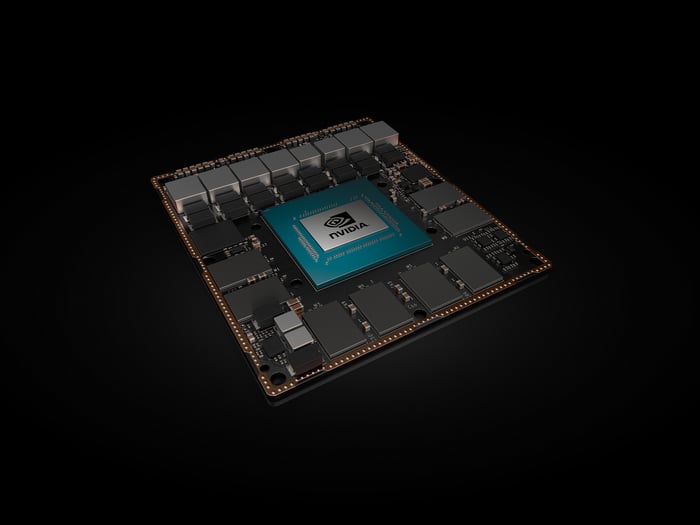 NVIDIA doesn't regularly break out the revenue that its gaming business generates from PC graphics cards and the Nintendo Switch, but the company's financial results allow us to figure out approximately how much revenue NVIDIA generates from sales of chips for Nintendo's popular console. Let's dive in.

Putting it into perspective

A figure of $972 million is a significant amount of revenue for NVIDIA -- clearly, fighting for and winning the Nintendo Switch console spot was a win for the company's growing gaming business. However, there's more to the story here than simply the amount of revenue that this business brings in -- we need to think about the profitability of this business, too.

NVIDIA doesn't provide a detailed breakdown of the absolute gross margin percentages of its GeForce GTX gaming processors versus, say, its Tegra processor business, but it did provide the following slide at its most recent analyst day:

It's not entirely clear how NVIDIA classifies the Nintendo Switch sales, but my guess is that since those chips are based on the very same Tegra processors that go into the automotive market, the embedded market, and the OEM market (although, again, NVIDIA's Tegra OEM business is likely minimal as the company has exited the tablet and phone markets), the margins are in the ballpark of what its OEM and embedded business typically generates -- better than automotive, but worse than GPU gaming.

I'd imagine, then, that while the Nintendo Switch made up around 18% of the company's gaming revenue, it made up a meaningfully lower part of its total gross profit dollars from gaming. That's not to say that NVIDIA was wrong to pursue the business -- on the contrary, it's a solid revenue growth driver and probably is quite profitable, too -- but it's important to keep in mind that the company's core PC graphics card business is far more important for the graphics specialist than the Nintendo Switch deal is.