Investors in PayPal (NASDAQ:PYPL) have had plenty to be thankful for. Since the company's much publicized split from eBay, PayPal has embarked on a multitude of partnerships across the financial spectrum, with banks, credit card companies, and even tech giants.

Those deals have helped PayPal's performance surge, most recently growing revenue by 24% year over year, and reporting net income that climbed 33% compared to the prior-year quarter. Those results have driven PayPal's stock, which has gained more than 120% over the past three years, to more than triple eBay's gains, and four times the increase of the broader market.

In the last several weeks, though, PayPal has been on a spending spree, snapping up companies to augment its growing payments empire. Investors might be surprised to know that the company has made three acquisitions in just over a month. Let's look at the latest additions and see what insight they give us into PayPal's strategy going forward. 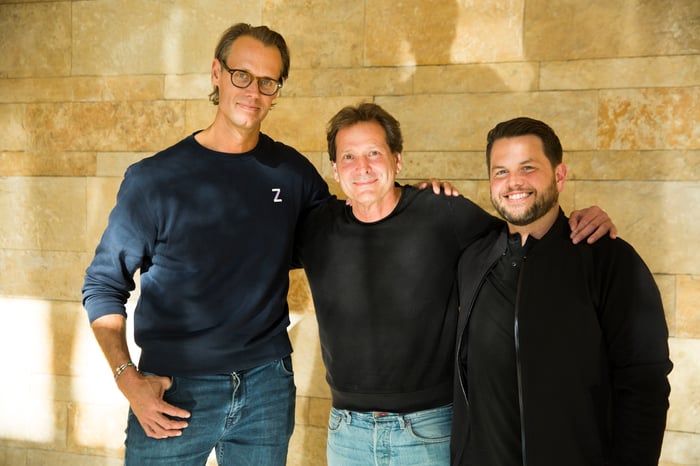 The Square of Europe

The buying spree began last month, when PayPal announced its largest purchase ever, a $2.2 billion deal to acquire iZettle. The company provides small-business tools and a payments platform that is widely used in a variety of markets in Europe and Latin America. The company's platform is home to more than 500,000 businesses, supplying mobile card readers, invoicing software, point-of-sale systems, working capital loans, and a suite of smart analytics that were previously unavailable to smaller businesses.

This gave PayPal a direct presence in hundreds of thousands of brick-and-mortar retailers, pop-up shops, and physical stores across the globe. It also put the company in the path of Square, which has been aggressively expanding in the U.K, one of iZettle's key markets.

Late last month, PayPal said it would acquire Jetlore, an artificial intelligence (AI) start-up focused on delivering "personalized commerce experiences." The company boasts an "AI-powered prediction platform" used by some of the world's biggest retailers. It helps predict color choices, size, and style for each customer.

This deal helps PayPal expand its relationships with retailers "beyond the online checkout experience ... to help merchants optimize content and communication for their customers." The company helps global online retailers like Nordstrom Rack and Uniqlo predict which promotions are most relevant to specific customers and communicate with them using personalized content.

In an interview last year, Jetlore CEO Eldar Sadikov said, "We pretty much doubled our revenue every year for the past three years." The company was also expanding its customer base into Europe, Asia, and Latin America. Payments for the gig economy

Earlier this week, PayPal announced it would acquire Hyperwallet for $400 million. The company specializes in distributing payments to merchants and individuals that sell goods via online marketplaces, and it can disburse those payments in multiple currencies in more than 200 countries, using a variety of methods, including debit and prepaid cards, bank accounts, cash pickups, checks and (of course) PayPal.

Merchants and service providers who use these platforms want quick, efficient, flexible and secure access to their earnings, whenever and wherever they need them. By acquiring Hyperwallet, we will strengthen our ability to provide an integrated end-to-end solution to help e-commerce platforms and marketplaces -- however large or small -- leverage world-class payout capabilities in over 200 markets.

This not only extends PayPal's international exposure, it also adds to its existing complement of services in the e-commerce arena.

Each recent acquisition competes in a different payments niche -- small business payments, predictive AI for retail, and e-commerce platform disbursements. If you haven't noticed the common thread, though, it's that each expands PayPal's international footprint, too. The company also gets a foothold in physical retail operations, enhances its relationships with retailers, and expands its digital tools as well.

Each new snap on business gets PayPal one step closer to global payments domination.