Last June, Microsoft's (NASDAQ:MSFT) Xbox chief Phil Spencer told CNET that the new Xbox One X console could support virtual and mixed reality applications. Launching a VR headset and games for the Xbox One X would counter Sony's (NYSE:SNE) introduction of the PlayStation VR (PSVR) headset for the PS4 in late 2016.

But in a recent interview with Gamesindustry.biz, Microsoft's chief marketing officer of gaming, Mike Nichols, admitted that the company no longer had "any plans specific to Xbox One consoles" for VR applications. That decision was surprising, since developer 343 Industries announced that it was developing VR experiences for Halo last summer. 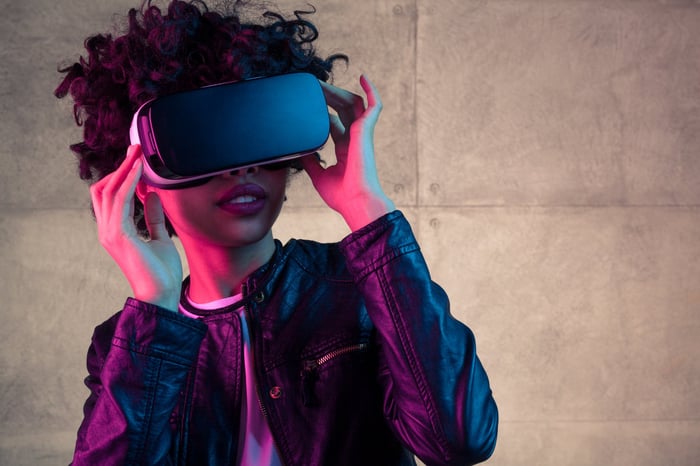 However, the news shouldn't surprise investors who followed the VR market's lackluster growth and Microsoft's emphasis on MR experiences for Windows over the past year. Let's take a closer look at those trends, and why they made Microsoft scrap its VR dreams for the Xbox One.

Facebook's (NASDAQ:FB) acquisition of Oculus VR in 2014 sparked a land grab in the VR market, which many companies saw as the "next big thing" in tech. But when the first high-end VR headsets arrived in 2016, high prices, clunky hardware setups, and the need for high-end gaming PCs throttled their mainstream appeal.

Research firm SuperData reports that only Sony and Facebook gained ground in the VR market in 2017, but their numbers still can't be considered mainstream success stories.

Sony Interactive Entertainment CEO John Kodera recently told investors that even though the company has sold over 2.4 million PSVRs, the growth rate of the overall VR market remained "below market forecasts." After all, 2.4 million units represents a mere 3% of the 79.7 million PS4s Sony has sold since late 2013.

Microsoft, which shipped 37.6 million Xbox Ones to date, faces a similar dilemma. Its previous failure with the Kinect, an innovative device that lacked enough developer support and mainstream interest, taught it to be cautious about launching next-gen accessories. The uneven sales of VR headsets last year also indicate that gamers probably wouldn't consider a VR headset a must-have device for the Xbox One.

Microsoft isn't giving up on the VR market, though. Last year, it partnered with OEMs to launch Windows Mixed Reality headsets -- which are mostly cheaper than high-end headsets, run on lower-end PCs, and don't require external cameras for positional tracking. Microsoft's emphasis on "mixed reality" -- which merges virtual reality environments and augmented reality overlays -- could also make the company's headsets more practical for everyday uses instead of pure gaming.

Microsoft is updating Windows 10 with new MR features that make it easier to use the headsets and for developers to create MR applications. The new Windows 10 updates also include new features for enterprise users, which could pave the way for the commercial launch of HoloLens.

Windows 10 hit 600 million monthly active users last November. That's nearly 16 times larger than its installed base of Xbox One gamers, and gives Microsoft much more room for the expansion of its MR ecosystem. Expanding that ecosystem on Windows means that Microsoft isn't restricted to gaming experiences like the PSVR -- it can also launch productivity, enterprise, and communications apps on the platform.

Moreover, Xbox One gamers can already stream their games to Windows 10 PCs. If Windows MR devices gain more ground, gamers could eventually play Xbox One games as VR experiences on their Windows PCs.

Microsoft's decision to scrap its VR plans for the Xbox One was a smart move. Instead of focusing on the development of a single accessory for a handful of hardcore console gamers, it decided to nurture the expansion of its MR ecosystem for Windows 10 devices. This indicates that Microsoft values VR as a next-gen computing platform rather than the "next big thing" for video games.