Please ensure Javascript is enabled for purposes of website accessibility
Log In Help Join The Motley Fool
Free Article Join Over 1 Million Premium Members And Get More In-Depth Stock Guidance and Research
By Brian Feroldi - Jun 28, 2018 at 11:21AM

Shares of both companies tumble after the two entities announced the signing of a merger agreement. Here's what investors need to know.

In response to the companies signing a merger agreement, shares of Akebia Therapeutics (AKBA -1.73%) and Keryx Biopharmaceuticals (KERX) fell 18% and 12%, respectively, as of 10:47 a.m. EDT on Thursday. 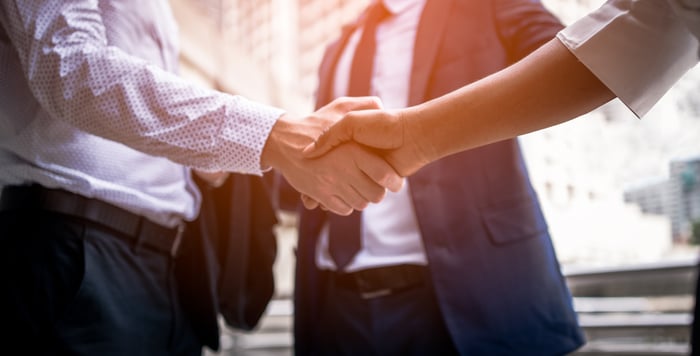