It's crucial that investors dig deeply into a company before buying its stock. Sometimes, the numbers look great but research can reveal a different story.

Let’s compare the stories of Spectra Energy Partners (NYSE: SEP) and Magellan Midstream Partners (NYSE:MMP). The scales are tilted in favor of one of these high-yielding master limited partnerships (MLPs), making it a much better buy right now. 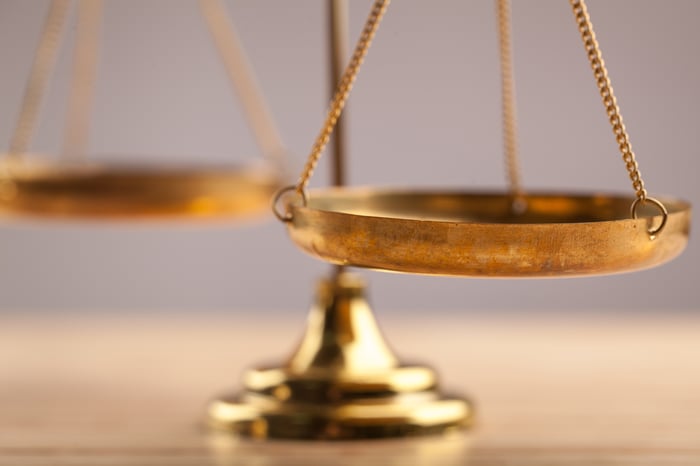 Spectra Energy Partners: Everything isn't as it seems

On the one hand, Spectra Energy Partners appears to have all the qualities an investor would want in a high-yield dividend stock. The natural gas pipeline company has an investment-grade balance sheet backed by solid metrics since it expects leverage to be less than four times its debt-to-EBITDA ratio this year. Meanwhile, the company anticipates that it can cover its distribution, which yields 8.4%, by a comfortable 1.1 times to 1.2 times for the full year, even as it increases the payout each quarter.

While those numbers look good on the surface, some digging shows that there are some cracks in Spectra's foundation. Earlier this year, energy regulators in the U.S. unexpectedly reversed a long-standing policy that allowed MLPs to collect an allowance for income taxes along with their cost-of-service fees. Spectra Energy Partners initially said that the revision wouldn't impact its results, even though 40% of the revenue from its gas pipelines comes from cost-of-service fees that could feel the effect of the disallowance.

However, Spectra's parent, Canadian pipeline giant Enbridge (NYSE:ENB), now has a different view. Enbridge believes that the policy change will have direct consequences, including potentially forcing Spectra to reduce its distribution as early as next year. Because of that, Enbridge offered to buy Spectra Energy Partners, as well as its other MLP, so that they can sidestep this issue.

That leaves Spectra with a tough decision, as it can either sell out or remain independent. Either way, investors who buy Spectra Energy Partners today would likely see their income stream shrink in the coming year.

Magellan Midstream Partners: A clear vision for the future

Magellan Midstream Partners, meanwhile, offers investors an even stronger financial profile. The company has one of the highest credit ratings among MLPs, backed by a low leverage ratio of 3.3 times debt-to-EBITDA, which is well below its target of 4. On top of that, the company covers its distribution, which yields 5.5%, by a healthy 1.2 times. Those two factors give Magellan the financial flexibility to continue investing in growth projects.

The company currently has $1.7 billion of expansions underway, which puts it in a position to increase its distribution by 8% this year and at a 5%-8% rate in 2019 and 2020. The company shouldn't have any problems achieving that growth rate because unlike Spectra, Magellan doesn't have cost-of-service rates on its pipelines subject to the policy change and therefore won't experience any dip in cash flow. As a result, there's a high probability that Magellan can grow its high-yielding payout at a healthy rate for the next few years.

It pays to know the whole story

While Spectra Energy Partners has solid numbers right now, it's uncertain what they'll be in the future, given its potential exposure to a regulatory rule change. In fact, it's not clear that the company will even be around much longer considering Enbridge's acquisition offer. Because of that, Magellan Midstream Partners is by far the better option for income-seeking investors to buy right now since it offers them stronger numbers and more visible growth prospects without the uncertain story.