The firm also recently identified the three leading apps in that market: PayPal's (PYPL 0.41%) Venmo, Square's (SQ -1.40%) Cash App, and Zelle. eMarketer notes that Venmo was the most popular mobile P2P payment app last year, but Zelle could overtake it this year and remain the top platform through 2022. 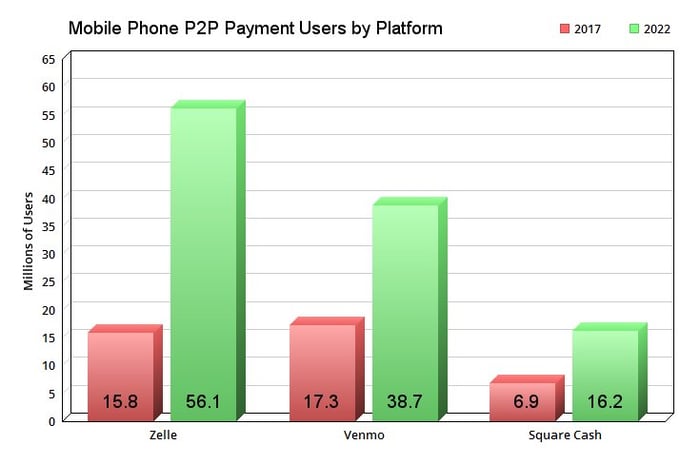 Zelle is supported by over 100 financial institutions, many of which see the platform as a way to counter Venmo and Square Cash. Zelle's growth isn't necessarily bolstered by user preferences -- it's simply integrated into more banking apps.

However, eMarketer's forecast doesn't account for newer competitors, like Apple Pay Cash, which was launched in the U.S. last December. The iMessage-based service could be disruptive since iOS powers over half of all mobile devices in America, according to StatCounter. Alphabet's Google also added P2P payments to Google Assistant earlier this year.