Through the first week of July, shares of The Scotts Miracle-Gro Company (NYSE:SMG) have fallen over 18% year to date. The stock's decline occurred in multiple stages in the first half of the year, but each was driven by the same concern on Wall Street: slowing growth.

Both business segments, the consumer lawn and garden unit and the hydroponics portfolio called Hawthorne, have stumbled this year. The former can blame a lingering winter in most of the United States, while the latter has run up against slower-than-expected deregulatory steps in marijuana markets. Those combined headwinds forced management to lower full-year 2018 guidance twice this year. 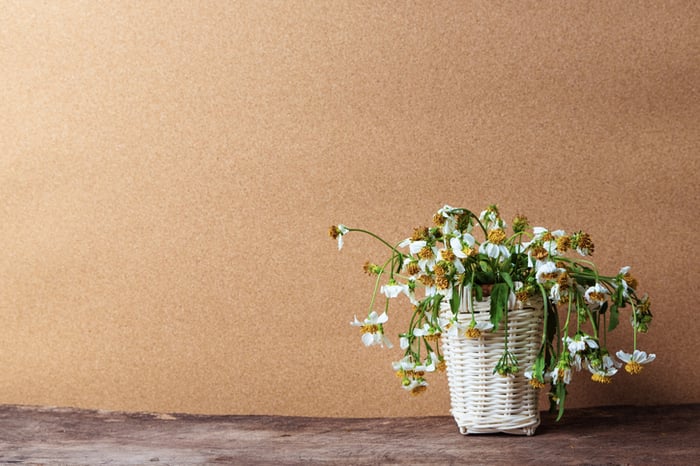 In January 2018 Scotts Miracle-Gro stock traded hands at over 28 times forward earnings. That relatively healthy premium was earned by delivering years of steady and profitable growth. The rocky start to the year has made analysts reconsider the stock's and company's valuation, with shares now trading at 23 times forward earnings (and they were below 20 times forward earnings prior to the multiweek run-up currently underway). But long-term investors shouldn't panic.

That's because both segments are poised to pick up their long-term growth trajectories and cash in on long-term opportunities. For instance, Scotts Miracle-Gro boasts some of the leading consumer lawn and garden brands in the United States, and has gained traction with key growth products in craft brands. A few extra weeks of cold weather doesn't change that.

Furthermore, the Hawthorne segment might be one of the best-positioned to capitalize on the long-term opportunity presented by marijuana markets. Some estimates peg the opportunity at $22 billion by 2022. Despite a slower-than-expected start in 2018, Scotts Miracle-Gro has continued to execute on its vision within the industry, as evidenced by its acquisition of Sunlight Supply, which will double Hawthorne's annual revenue.

Scotts Miracle-Gro stock has had a rotten 2018 so far, but it remains a solid stock for long-term investors. The business will continue to reap the rewards of formulation upgrades and new product introductions in its consumer lawn and garden segment for years to come. Similarly, the budding opportunity to cash in on marijuana markets in the next decade could eventually make Hawthorne the biggest segment under the company's helm (it was responsible for just 10% of total revenue in the first half of fiscal 2018). After the 18% haircut so far, investors may want to give this one a closer look.