Footwear makers Nike (NYSE:NKE) and Skechers (NYSE:SKX) went in opposite directions this year. Shares of Nike, once considered a stagnant market leader, rallied more than 20%. Yet shares of Skechers, once considered a high-growth underdog, tumbled nearly 20%.

I compared these two stocks last August, and concluded that Skechers' superior growth, ambitious overseas expansion plans, and defensible niche in the casual footwear market made it the superior pick. I clearly misjudged Nike's ability to break out of its rut, so let's take a fresh look at both stocks to see if the tables have truly turned against Skechers. 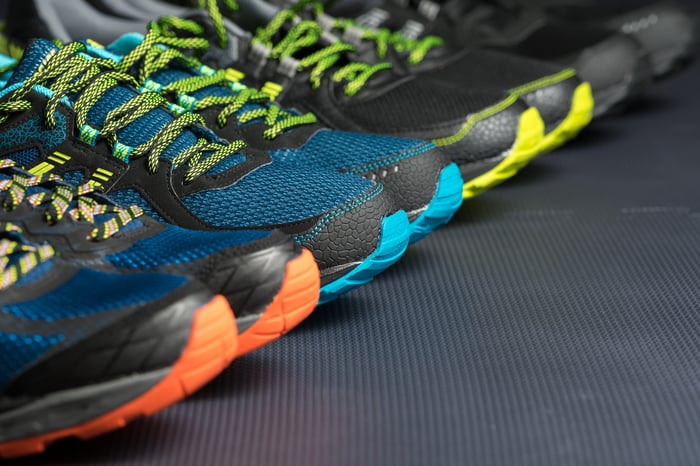 How do Nike and Skechers make money?

Nike operates two core brands -- Nike (which includes Jordan and Hurley) and Converse. Nike's brand revenues rose 5% to $34.5 billion on a constant-currency basis last year, buoyed by a 2% increase in wholesale revenue, a 12% jump in Nike Direct revenue, and a 25% increase in digital commerce sales.

However, its Converse revenue fell 11% to $1.9 billion, as weak sales in North America offset the brand's growth in Asia. Nike's international growth accounted for "over 100%" of its growth during the year, with the Greater China region growing nearly twice as quickly as any other market on a constant-currency basis. Its total revenue rose 6% to $36.4 billion on the same basis. Analysts expect Nike's revenue to rise 8% this year.

Skechers is the third largest athletic-footwear maker in the U.S. by annual revenue after Nike and adidas. Over half of its revenue came from the U.S. and Canada last year, but it's been expanding (mainly through joint ventures) into other markets like China, South Korea, Japan, and Latin America. 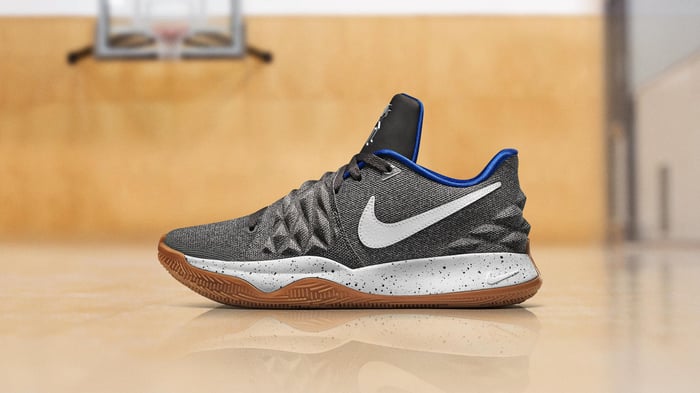 How the tables turned against Skechers

Skechers was widely considered a better growth play than Nike last year, but its growth hit a brick wall this year. After beating estimates during the first quarter with 17% sales growth, Skechers warned that its sales would rise only 9% to 11% during the second quarter -- which would be its slowest growth in five quarters. Analysts had expected 13% growth.

Skechers also guided for flat to 13% earnings growth for the quarter, which was well below expectations for 42% growth. Skechers attributed that abrupt slowdown to an "expected shift" of some shipments from the second quarter to the second half of the year, but investors fled and the stock plunged nearly 30% in a single day. However, analysts still expect Skechers' full-year earnings to rise 19%.

Meanwhile, Nike impressed investors last quarter by growing its North American market again. Sales in North America -- which had been tough due to tough competition and the bankruptcies of major footwear retailers -- rose 2.8% year over year, crushing estimates for 1% growth. Nike's gross margins are also rebounding as Skechers' are slipping -- but it's still too early to tell if this is a long-term trend. 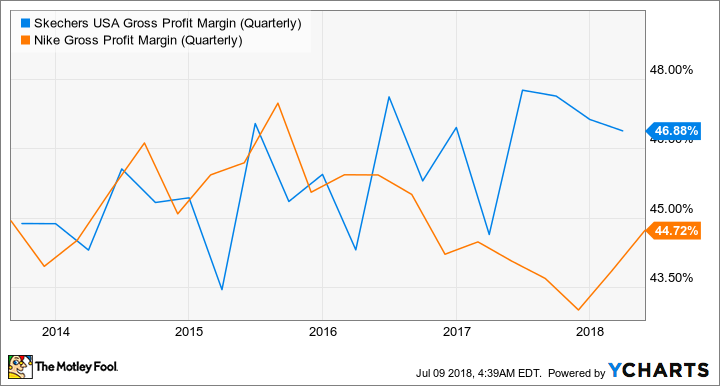 Nike's recovery, combined with its constant-currency sales growth of 25% in Greater China, 13% growth in Asia Pacific and Latin America, and 10% growth in the EMEA (Europe, Middle East, and Africa) region, lifted Nike's sales by 13% from the prior-year period last quarter -- marking its strongest growth in 14 quarters. Nike didn't provide precise guidance for the current quarter, but it boosted its full-year sales forecast from a mid-to-high-single-digit range to a high-single-digit rate.

Wall Street expects Nike's earnings to grow 11% this year. The company also announced a new $15 billion buyback program, which would be enough to repurchase 12% of its outstanding shares at current prices.

It's tempting to consider Skechers "cheaper" than Nike at current levels, but its decelerating sales and earnings growth cast a dark cloud over its future. Nike is generating better growth and brushing off concerns about Adidas, but the stock's premium valuation isn't really justified -- especially when there are plenty of other cheaper stocks with better growth.

I don't plan to buy either stock, but I'd pick Nike over Skechers as a long-term investment. Skechers still has great growth potential, but the market can be brutal to companies that abruptly lose their momentum.