Micron Technology (NASDAQ:MU) keeps rolling as the memory specialist's latest round of results blew past expectations. Not surprisingly, Micron stock received widespread praise on Wall Street as investors and analysts were impressed with the company's ability to keep growing at a breathtaking pace.

The 40% annual revenue jump and the 132% spike in net income were enough to push Micron's third-quarter results past consensus estimates. Meanwhile, the $8.2 billion top-line guidance for the current quarter sits nearly 34% above the year-ago quarter's revenue. This puts concerns about a potential memory price bust to rest, as Micron seems to have found a new catalyst to power its long-term growth. 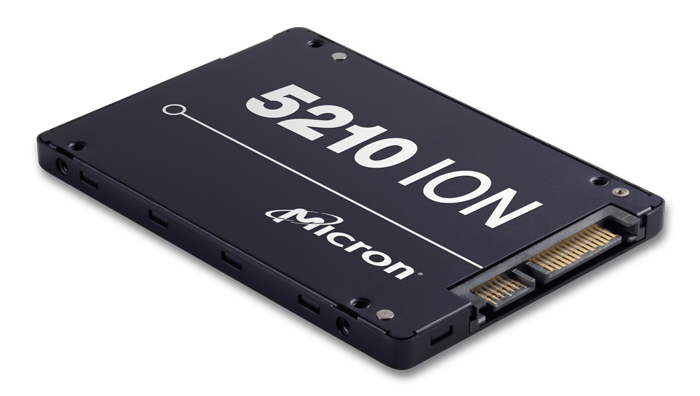 Cloud is the new catalyst

Micron bulls have been quick to point out that the company's rally is different this time as it has a new set of catalysts, unlike past cycles when it was primarily dependent on PC-driven demand. Of course, the company's business is still dependent on memory prices, but the good part is that Micron seems to have found success in a fast-growing niche in the form of cloud computing.

Micron estimates that capital spending on cloud infrastructure will jump from $50 billion this year to $108 billion in 2021, boosting the addressable market for its SSDs. Not surprisingly, the company is busy working on a new SSD technology that's expected to gain traction in the coming quarters.

In May 2018, Micron started shipping the industry's first quad-level cell (QLC) 1 terabyte SSD based on its 64-layer 3D NAND technology. The company claims that QLC SSDs are best suited for applications such as training artificial intelligence (AI) models in the cloud that require real-time processing of intensive data.

This is because Micron has packed QLC flash with 33% more capacity in each NAND cell as compared to the currently used triple-level cell (TLC) technology. This technology will enable Micron's cloud customers to lower their total cost of operation as they will be able to replace their hard-disk drives with fewer SSDs.

Additionally, Micron claims that the small hardware footprint of QLC SSDs will allow its cloud customers to reduce space consumption in a data center by as much as 7.7 times when compared to a traditional 2 terabyte HDD. Micron's SSD revenue jumped an impressive 37% year over year during the latest quarter, and product development moves such as these should ensure the ongoing terrific growth of this segment.

Memory industry leader Samsung (NASDAQOTH: SSNLF) made the switch to 3D NAND technology earlier than Micron, ramping up the production of its 64-layer V-NAND parts around a year ago. In fact, the Korean giant was the first one to make an SSD using the 64-layer technology in January 2017 for enterprise customers, and it has been busy since to adapt the same for the mobile and consumer storage markets.

So it wasn't surprising to see Samsung recently launch a bigger 8 TB SSD with a claim that it has triple the storage density when compared to typical SSDs. As such, even Samsung is targeting big data applications with its SSDs, which means that Micron won't be having a free run in this space.

Additionally, Micron bulls shouldn't forget that Samsung is planning to flood the memory market with more capacity, which could lead to a price war. So the risks are definitely there as Micron plies its trade in a commoditized industry where pricing is determined by the demand-supply balance.

Micron could be worth the risk

But this is a risk that Micron bulls should be willing to take given the stock's cheap valuation. Micron's trailing price-to-earnings ratio is just seven, less than half its five-year average and just a third of the S&P 500's average multiple.

What's more, the company's high-flying run looks all set to continue, provided memory market conditions remain favorable and its SSD business keeps chugging along. This is probably why analysts expect Micron's earnings to increase at a compound annual growth rate of nearly 36% over the next five years, so buying it at its current valuation is a no-brainer.