Shares of Hanesbrands Inc. (NYSE:HBI) climbed 20.8% in June, according to data provided by S&P Global Market Intelligence. There doesn't appear to have been much in the way of fresh company-specific news driving the gains, but shares continued on an upward trek that began in May and helped the stock recover from big sell-offs earlier in the year. 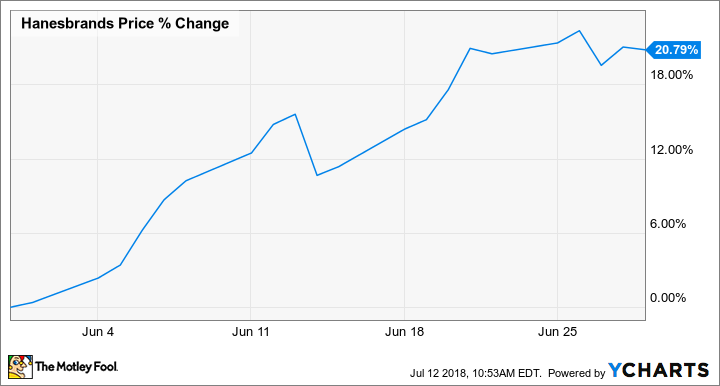 Much of the stock's June movement appears to have been a result of increased optimism that followed the company's investor conference in May. 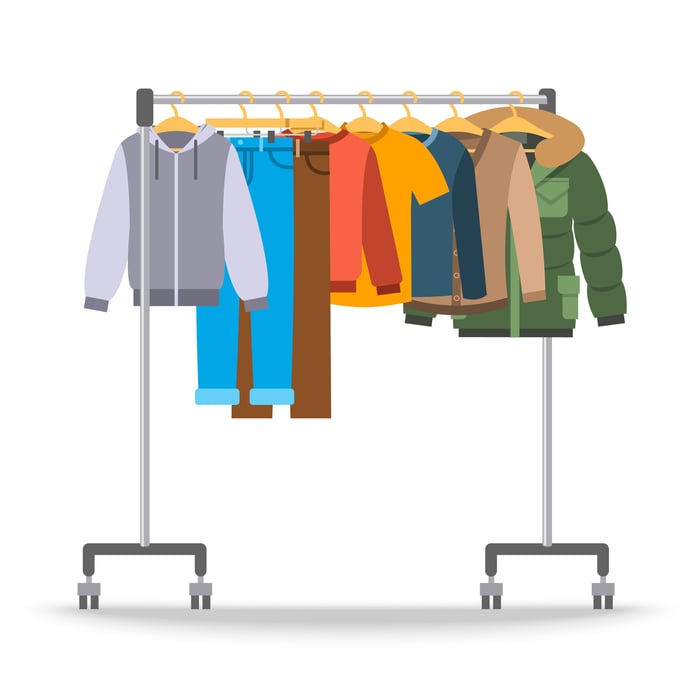 Hanesbrands held an investor day on May 15, reaffirming its second-quarter and full-year guidance and laying out plans to drive substantial earnings growth through 2020. The company's share price had hit a three-year low following the release of its first-quarter results. But it bounced back following the investor-day presentation, which included plans to generate more free cash flow over the next five years than in the previous 11 years combined.

The chart below shows the clothing company's year-to-date stock performance as of this writing: 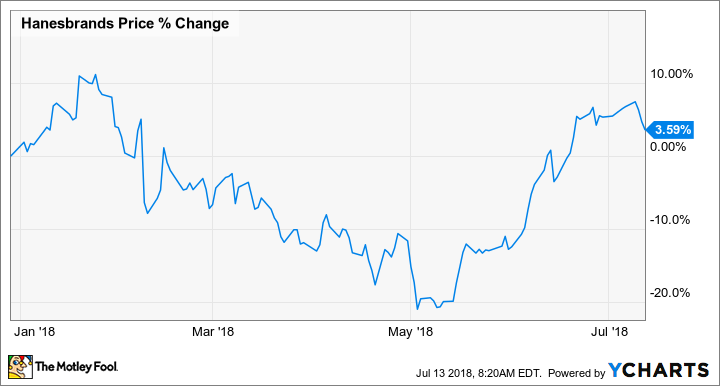 Besides the boost from the encouraging presentation, the stock also was helped by investors who felt the valuation still left room for growth.

Going forward, Hanesbrands is focused on building international sales and its online-retail business. The company has also been implementing an expense-reduction initiative that's expected to yield $150 million in annual savings by 2019, helping to improve earnings and free up funds for reinvesting in other areas of the business. Hanesbrands estimates that it will have reached more than $1 billion in annual operating cash flow in 2020, up from the company's $712.5 million midpoint target for the current fiscal year.

Hanesbrands stock currently trades at roughly 12 times this year's expected earnings, and 1.2 times expected sales. It has a roughly 2.8% dividend yield. The company has delivered annual payout growth for four years running and has a low payout ratio of just 33% of trailing earnings. But investors should also keep the debt picture in mind. 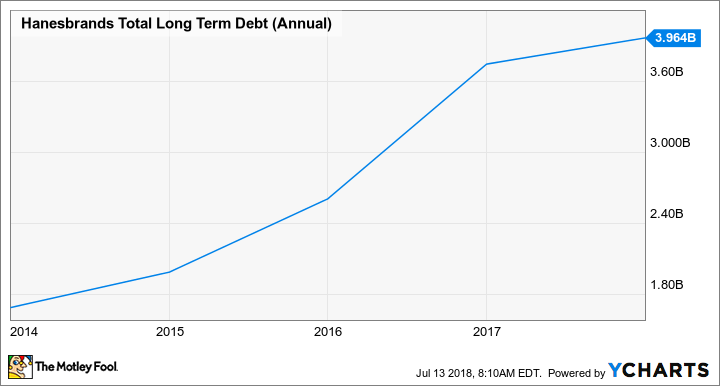 Hanesbrands has been on an acquisitions spree, and its debt load has climbed following purchases and internal investment. It's possible that this could be a confounding factor for investors looking to the stock as a low-risk income play. However, the company did reaffirm its commitment to returning income to shareholders at its investor day presentation.