Shares of food giant General Mills, Inc. (NYSE:GIS) have fallen 24.3% in 2018, according to data from S&P Global Market Intelligence, as operating results have come in lower than expected.

Most of the drop in shares occurred after fiscal third-quarter results were released in March. Management said higher transportation costs were affecting margins and lowered constant currency operating profit guidance, from a range of down 1% to flat to a new range of down 5% to 6%. 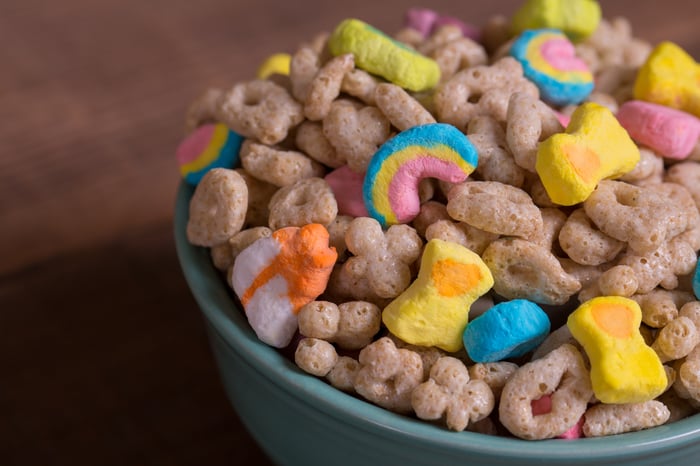 The market also didn't have a very positive reaction to the $8 billion Blue Buffalo acquisition that was closed in April. Blue Buffalo gets General Mills into the pet food business, which is growing quickly at the moment, but it comes at a high cost, with the deal costing 25 times the $319 million of adjusted EBITDA the company generated in 2017.

As disappointing as the first few months of the year were for General Mills, fiscal fourth-quarter results brought a little redemption. Organic revenue grew 1%, and guidance for fiscal 2019 included a 9% to 10% growth target and an increase in constant currency operating profit of 6% to 9%. Acquisitions and price increases should help General Mills return to growth in 2019, although whether that will help push the stock higher remains to be seen.