Shares of glass manufacturer Corning, Inc. (NYSE:GLW) fell 14% in the first six months of 2018, according to data provided by S&P Global Market Intelligence. The company's primary product is glass for LCD TV screens, but it also makes shatterproof glass for smartphones, fiberoptic cable, and many other glass products.

The biggest factor in Corning's underperformance was a one-two punch of an underwhelming Q4 2017 earnings report that came just days before the February market correction. When the dust settled, the company's shares had lost 16.9% of their value in just over a week. 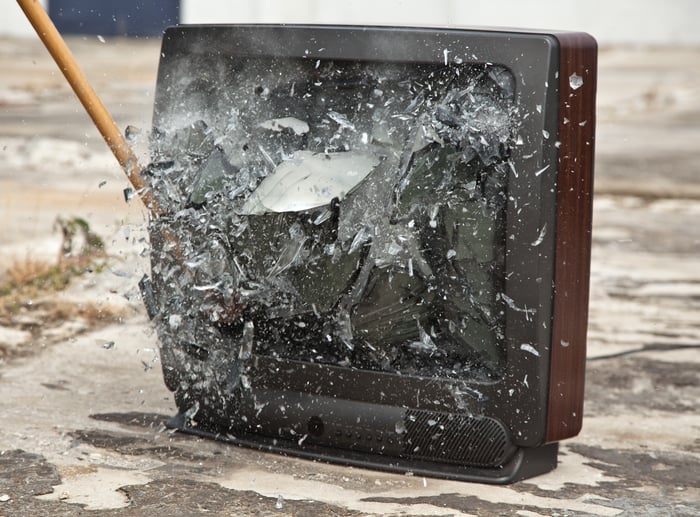 Corning's last two earnings reports have left investors wanting. While its Q4 2017 results were actually quite strong on a segment-by-segment basis, the overall company recorded a massive GAAP net loss of $1.4 billion. That's thanks to a $1.8 billion adjustment related to the new tax law changes that were enacted in December. Without that one-time non-cash item, core earnings were a solid $485 million. But investors sold off the stock anyway, and when the February market correction hit just days later, they sold off some more.

The company experienced almost the same situation in Q1 2018. Once again, it posted a GAAP net loss, this time of $589 million, thanks to another noncash item, this one associated with the company's currency hedging contracts. Core earnings, though, were positive again, at $285 million. The company is also spending heavily on capital, including several large expansion projects that should come online later this year, which are expected to boost both sales and profits.

Since then, the company has largely tracked the performance of the S&P 500, so the poor performance of its stock truly seems to be based on the poor GAAP numbers it's been posting.

If things go according to plan -- and, one-time noncash charges aside, the company has been doing a pretty good job executing its plan -- Corning's subsequent earnings reports should show the company in a much better light. If you have faith in management's abilities, now might be an excellent time to pick up some shares.