Shares of Netflix (NASDAQ:NFLX) opened Tuesday's trading down 13%, hamstrung by some disappointing aspects of Monday night's second-quarter report. As of noon EDT, the streaming video leader's stock had recovered to a milder 7.1% drop.

The typical headline figures were just fine. Top-line sales rose 41% year over year to land at $3.91 billion, in line with Wall Street's consensus estimate. Earnings jumped from $0.15 to $0.85 per share, comfortably ahead of your average analyst's $0.79 projection.

But Netflix fell short of its own guidance and analyst projections regarding subscriber additions. Management had expected to land 6.2 million net new memberships in the second quarter, but the total gains stopped at 5.1 million. Since this is the best available metric to gauge Netflix's long-term growth prospects, investors sent share prices steeply downward on the news. 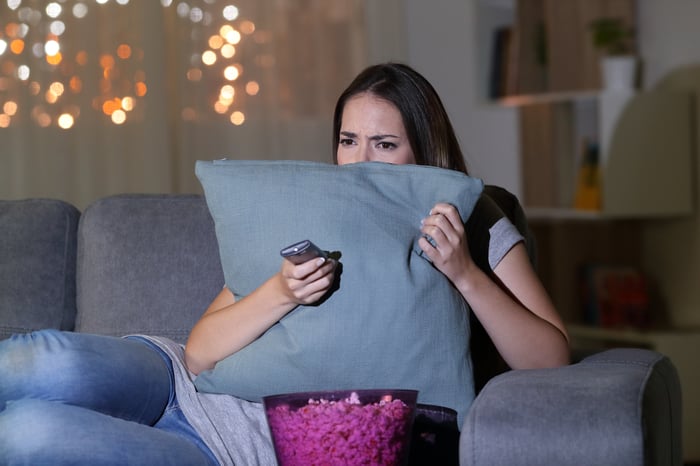 Most of the time, an earnings report showing 40% year-over-year revenue growth and 467% higher earnings per share would trigger a positive market reaction. It's different when the stock in question enters the report with extremely high expectations, as Netflix did this time. As of last night's market close, Netflix shares had gained a stunning 149% over the previous 52 weeks.

The stock was priced for absolute perfection and Netflix didn't deliver exactly that. So Netflix's management could use a better crystal ball, but the business is still humming along like a proper high-growth investment should.

Before you run for the exits, consider this historical tidbit: The last time Netflix overestimated its upcoming subscriber additions, the stock plunged more than 15% but made a nearly full recovery a couple of weeks later. Investors who sold their Netflix shares that day have missed out on a 340% return in two years, and that's including today's sharp correction.

Editor's note: A previous version of this article misstated Q2 net new memberships as 6.1 million instead of 5.1 million. The Fool regrets the error.