Lundin Mining announced last night that it intends to make a formal offer to acquire Nevsun Resources for 1.4 billion Canadian dollars ($1.1 billion) in cash, or CA$4.75 per share. This offer is the second formal one by Lundin, which initially planned to team up on a bid with Euro Sun Mining, Nevsun's partner on the Bisha copper-zinc mine in Eritrea. The two companies offered CA$5 a share for Nevsun in May, consisting of CA$2 in cash funded by Lundin, CA$2 in Lundin's stock, and CA$1 in shares of Euro Sun. That deal would have resulted in Lundin acquiring Nevsun's promising Timok copper-gold project in Siberia, while Euro Sun would gain full control of Bisha. 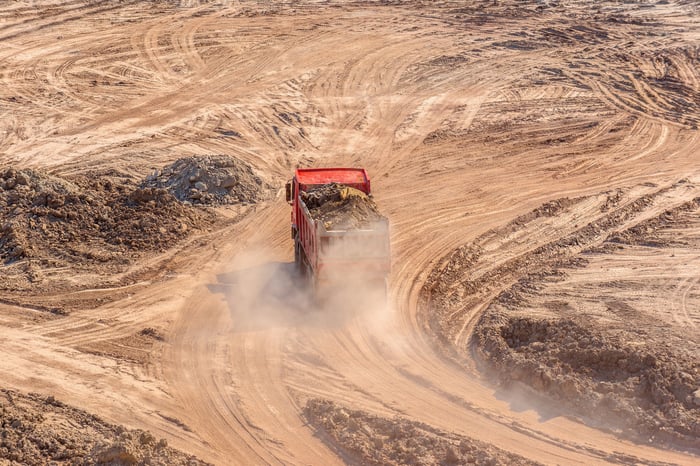 Nevsun rejected that initial proposal, calling it too low as well as having a "problematic structure." That led Lundin to make a new all-cash offer, which it believes represents the clearest path for it to acquire the Timok project. Nevsun, however, has already spoken out against Lundin's latest offer, which is 5% lower than the initial one, saying that it "continues to ignore the fundamental value of Nevsun and its assets."

Public negotiating tactics like this are common when two companies differ significantly on value, because it alerts investors as to what's going on behind the scenes, which can lead them to push for a compromise. Given Lundin's interest in the Timok project, it will likely continue to aggressively pursue Nevsun, which could result in Lundin eventually making an acceptable offer.

However, buying a stock on the hope of earning a quick profit on a buyout isn't a wise idea, since the suitor could always walk away, likely causing shares to tumble. Which is why investors are better off watching this takeover battle from the sidelines.