Shares of Canadian mining company Nevsun Resources (NYSEMKT: NSU) are up 17.4% as of 11 a.m. EDT Wednesday after Chinese mining company Zijin Mining (OTC:ZIJMF) announced it was buying Nevsun for $1.4 billion.

Even though Nevsun is a smaller mining company that has struggled to turn much of a profit over the past couple of years with its operating mine in Eritrea and its prospective mine in Serbia, it has something that many larger miners have coveted lately: copper reserves. Miners are expecting copper demand to increase significantly in the next few years as growing demand for the metal will come from renewable energy installations. In fact, this is Zijin's second copper production acquisition in the past week, while other big miners such as  BHP Billiton and Anglo American have been pursuing deals and new mines to expand copper production. 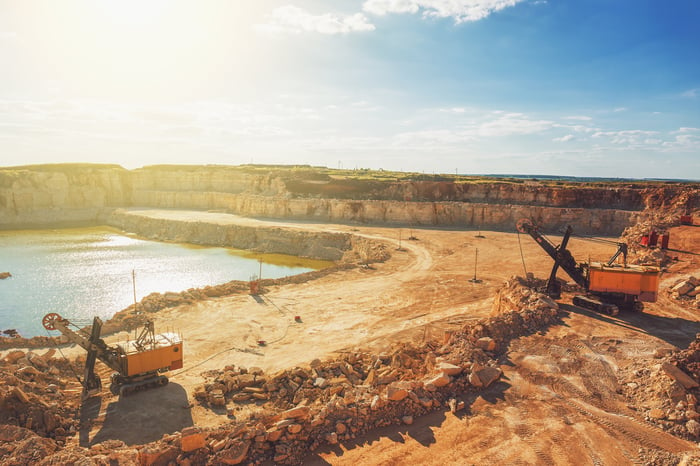 Unsurprisingly, the announcement that Zijin is buying Nevsun sent shares to right around the announced buyout price, which shows that Wall Street thinks this buyout will go through after Nevsun rejected two previous buyout offers from another miner earlier this year. Nevsun's CEO said at the time that the previous offers undervalued the company, and this deal is 26% higher than the previous offer.

It would appear that this deal is going to go through, and since it is a cash deal, there is no chance of picking up shares of the Chinese miner. So for investors, there is no upside to be had. However, the deal does highlight that the big guns in this industry are paying up for copper mines these days, which could bode well for some other junior miners like Nevsun.