Shares of CTI BioPharma Corp. (NASDAQ:CTIC) plunged 41.3% as of 11:24 a.m. EDT on Wednesday after the company provided an update from its meeting with the U.S. Food and Drug Administration (FDA) about the regulatory pathway for experimental myelofibrosis drug pacritinib. CTI stated that the FDA asked that the company conduct a phase 3 clinical study for pacritinib.

The phase 3 study requested by the FDA won't be able to start until 2019. Dosing for this study will be determined from the results of CTI's ongoing PAC203 phase 2 clinical study of pacritinib. This phase 2 study is expected to complete enrollment by the end of 2018, with results likely to be announced in the second quarter of 2019. 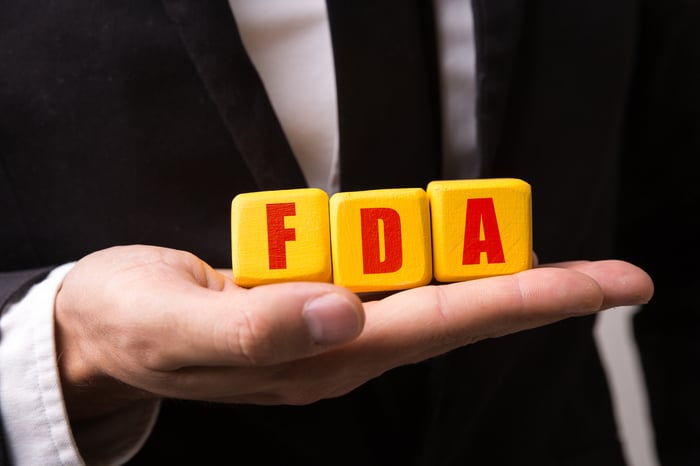 The problem with the FDA's decision for CTI BioPharma is that it pushes a potential approval for pacritinib well into the future. CTI has already completed two phase 3 clinical studies evaluating the drug in treating myelofibrosis. Investors were hoping that the FDA would say that the PAC203 phase 2 clinical study would be enough to file for approval of pacritinib.

What makes a longer time line for approval even worse for CTI BioPharma is that the company reported disappointing results on July 9, 2018 from a phase 3 clinical study. This study evaluated Pixuvri in combination with Biogen's drug Rituximab as a treatment for non-Hodgkin lymphoma. The combo of the two drugs failed to meet the study's primary endpoint of statistically significant improvement in progression-free survival.

CTI BioPharma's first order of business now is to move forward with the PAC203 phase 2 study. The company plans to request another meeting with the FDA after a second interim analysis from this study scheduled for the third quarter of 2018. The purpose of this meeting will be to discuss the interim data with a goal of designing the new phase 3 study.

The good news for the company is that it has plenty of cash. As of March 31, 2018, CTI had cash and cash equivalents totaling $104.6 million. That should be enough to fund operations and advance its pipeline into 2020.

However, CTI BioPharma still has a long way to go to win FDA approval for pacritinib. The company's only approved product, non-Hodgkins lymphoma drug Pixuvri, isn't generating significant revenue yet. My view is that investors are better off staying away from this stock until CTI can demonstrate a solid pathway to growth.