E-commerce and cloud computing giant Amazon.com (NASDAQ:AMZN) will release its second-quarter earnings report after the closing bell on Wednesday. As the Whole Foods acquisition closed in August of last year, this update is sure to show a buyout-boosted year-over-year revenue surge.

Shrewd investors should keep an eye on these three important categories of raw data and management commentary.

Amazon's Q2 by the numbers

Three months ago, Amazon provided its usual collection of guidance targets for the upcoming period.

Net sales should land near $52.5 billion. Hitting the midpoint of the guidance range would work out to a 38% increase over the year-ago period. Management expected currency exchange trends to deliver a $1.2 billion revenue tailwind, but that projection is probably a few hundred million dollars too conservative since the dollar strengthened significantly against major world currencies in April and May.

Operating income should land somewhere between $1.1 billion and $1.9 billion, up from $628 million in the second quarter of 2017. This guidance was based on a fantastic performance in the first quarter when surprisingly strong revenue met a stable platform of fixed costs to nearly double the top end of the provided guidance range for operating income. Given the potential for currency-based revenue surprises, I wouldn't be shocked to see a big number on the operating income line as well. 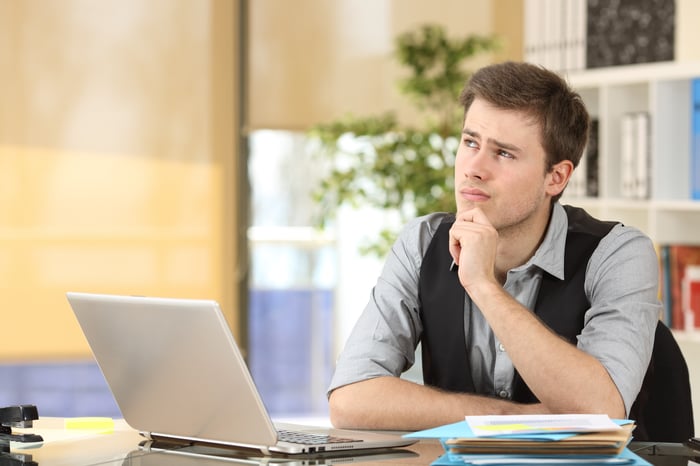 The second quarter is not typically a strong period for retail revenue for Amazon, as it falls before the holiday-boosted fourth quarter and the back-to-school season in the third quarter. Amazon's Prime Day event also fell in the third quarter this year and won't be a factor in the company's second-quarter sales. In fact, preparations for Prime Day will add to Amazon's second-quarter operating costs.

For these reasons, I'm less interested in management commentary on the second quarter's actual results and more focused on whatever hints the company may give about the larger and more important quarters ahead. In particular, Amazon should have a sense of the cost structure around this year's holidays and might even share a few nuggets of related insights.

In recent quarters, Amazon's e-commerce operations have provided roughly 90% of the company's total revenues but a far smaller share of the operating profits. Amazon Web Services (AWS) has established itself as a profitable and fast-growing cash machine.

In April's earnings call, CFO Brian Olsavsky had this to say about Amazon Prime Video and AWS expanding their operating budgets in the second quarter and beyond:

"We will definitely see higher investments as we move through the year. For example, video content spend will increase year-over-year, and we'll continue to hire, in particular, software engineers."

The AWS division accounted for 18% of Amazon's total sales in the first quarter but contributed 73% of the company's operating profits. Adding more resources to this cash machine makes a lot of sense. In this report, we'll get a fresh update on AWS's contributions to the top and bottom lines. Management is also likely to highlight the segment's latest expansion efforts and technology platform upgrades.