EverQuote (NASDAQ:EVER) had kind of a strange IPO last month.

Expected to begin selling stock for somewhere between $15 and $17 a share at its initial public offering, the "online marketplace for insurance shopping" instead priced above its range, at $18 per share. EverQuote then proceeded to rocket as high as $22 on IPO day, producing a tidy 22% profit for any investors lucky enough to get an IPO allotment and then sell at the top.

But that was it for the fireworks.

Since going public in late June, EverQuote shares have more or less treaded water, rising above $18 and falling below $17, but pretty much circling the price they debuted at. But this morning, six of the eight investment banks that underwrote last month's IPO initiated coverage of EverQuote stock -- with buy ratings. 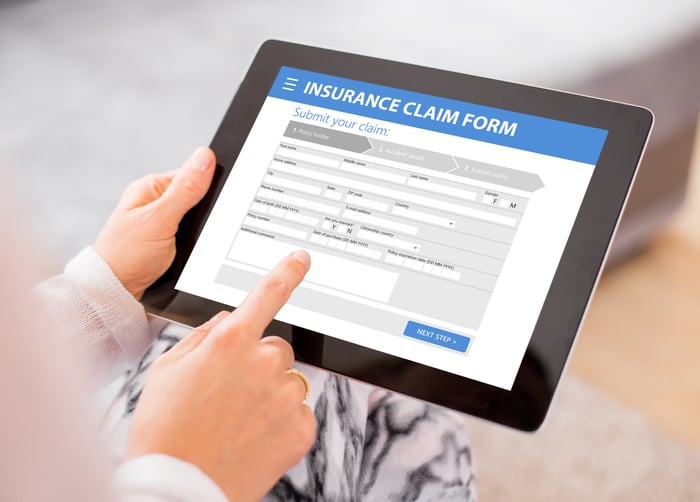 This online insurance marketplace stock hasn't moved much since its IPO. Should you sign up? Image source: Getty Images.

The names of the banks that underwrote EverQuote's IPO last month reads like a list of Wall Street's best and brightest: JPMorgan Chase, Merrill Lynch, Canaccord Genuity, JMP Securities, Needham & Co., Oppenheimer & Co., Raymond James, and William Blair. It seems nearly everyone wanted to get a piece the action.

One month later, the IPO is starting to look like a bit of a flop, but six of these analysts are still in the EverQuote fan club. Here are a few comments describing why they like the stock (with thanks to our friends at TheFly.com for the details):

So far, only two of EverQuote's underwriters are playing odd man out, with Raymond James marking EverQuote at market perform (i.e., neutral) and Needham having yet to publish any rating. But is all this optimism justified?

Oppenheimer (and presumably the others rating EverQuote a buy) are hanging their hopes on EverQuote grabbing a large slice of a $9 billion online advertising market for insurance sales. In its prospectus, EverQuote says it sees something more like $120 billion as the "long term" value of its total addressable market. In the shorter term, the company says it has "an immediate opportunity in excess of $2.6 billion per year" -- which is still very respectable.

And yet, look at what EverQuote has accomplished so far. In business for nearly a decade, according to data from S&P Global Market Intelligence, EverQuote did only $123 million in sales two years ago, and grew its sales only 10% to $135 million last year -- a compound annual growth rate of only 5%.

The company is not profitable. It lost $4.8 million last year. Despite being an online business and an advertising business -- neither of which have high capital investment requirements -- EverQuote isn't generating positive free cash flow, either, having burned through $3.4 million last year.

Compare that to a company like Progressive Corporation (NYSE:PGR), which not only sells insurance, but sells it online (and is, in fact, EverQuote's biggest source of revenue, as noted in the latter's prospectus). S&P Global data show Progressive is profitable and free-cash-flow positive. Plus, with a projected growth rate of 10%, it's growing twice as fast as EverQuote. At 1.2 times sales, Progressive stock is also much cheaper than EverQuote, which costs 3.3 times sales today.

When you set these two stocks side by side, I honestly don't see why Wall Street is so excited about EverQuote today. If you're looking for "insurance" for your investment dollars, Progressive is a much safer bet than this recently public stock.