Verizon Communications (NYSE:VZ) reported second-quarter earnings today, with better-than-expected results as the largest U.S. wireless carrier finishes out the first half of 2018. The company had said in June that CEO Lowell McAdam would be retiring, with CTO Hans Vestberg taking the helm. This was McAdam's last earnings call prior to retiring on Aug. 1. 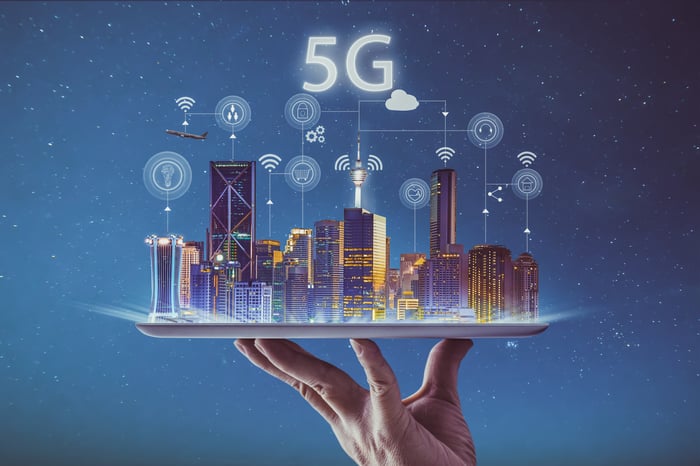 Cord-cutting continues, with Verizon losing 37,000 Fios Video connections during the quarter, but it added a net of 43,00 Fios Internet connections. Here's what else happened in the second quarter:

There had been some recent speculation that Verizon was considering spinning off Oath. In response to an analyst question, McAdam shot down the rumors, saying, "[T]here is no intention of spinning out Oath," Verizon is already realizing the expected synergies, and the integration is "on schedule."

Regarding 5G, McAdam said, "I believe the impact of 5G on consumers will be much bigger than any previous generation. But the biggest impact will be on businesses as we provide the platform for the fourth industrial revolution."

Adjusted EPS is still expected to grow in the low-single-digit percentage range before the net impact of tax reform and the new revenue recognition standard. Verizon now expects capital spending for 2018 to come in at the "lower end" of the range of $17 billion to $17.8 billion, and also expects its tax rate to be at the low end of the range of 24% to 26%.