Growth stocks have been the market's biggest winners over the last decade, with tremendous performance from tech companies including Facebook, Amazon, Netflix, and Alphabet accounting for the biggest share of the S&P 500 index's gains over the stretch. There's certainly appeal in chasing market-crushing returns with companies that are rapidly expanding their sales and earnings, but it's also advisable to balance your portfolio with stocks that trade at more conservative valuations.

Owning high-quality value stocks can reduce your risk profile, buttress your overall holdings against market volatility, and, in many cases, provide a sustainable source of income. With that in mind, we put together three Motley Fool investors and asked each to identify a stock that trades at low multiples and has substantial upside. Read on to see why they selected Renewable Energy Group (NASDAQ:REGI), International Business Machines (NYSE:IBM), and Cisco Systems (NASDAQ:CSCO) as top value stocks to buy this July. 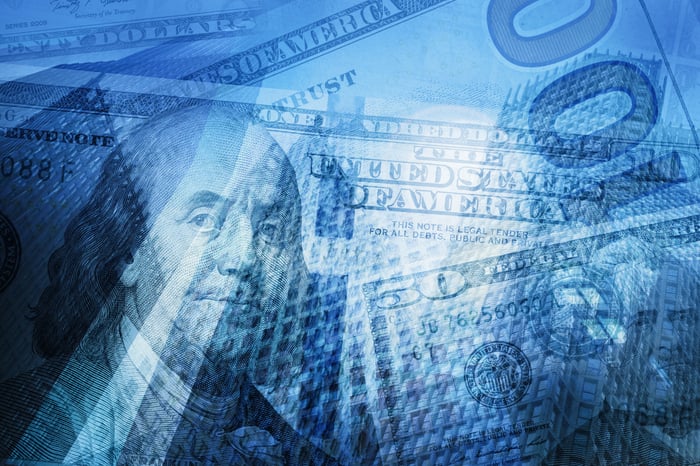 Leo Sun (Cisco): Cisco is the world's top manufacturer of network routers and switches. Those are slow-growth markets, but Cisco also generates revenue from its higher-growth cybersecurity, wireless, and collaboration businesses. The company bundles those hardware and software products together to "lock in" larger enterprise and data center customers.

Analysts expect Cisco's revenue to rise 3% this year as its earnings climb 8%. Those are solid growth rates for a stock that trades at 15 times forward earnings. Cisco also pays a forward dividend yield of 3.1%, hiking the dividend annually since 2011.

However, Cisco also recently repatriated $67 billion in overseas cash, which it plans to spend on buybacks, dividends, and domestic acquisitions. Those moves should reduce its valuations, attract more income investors, and expand its higher-growth businesses.

Cisco's stock recently tumbled after The Information reported that Amazon was interested in selling its own "white box" network switches (built with off-the-shelf components) at 70%-80% discounts to Cisco's devices. In response to the report, Amazon said it was "not actively building a commercial network switch."

Therefore, investors should consider buying Cisco on this dip and wait for its repatriated cash and higher-growth software businesses to win back value-seeking investors.

Maxx Chatsko (Renewable Energy Group): Renewable Energy Group stock is up 45% year to date, but it's still trading at ridiculously cheap levels. Shares of the nation's largest producer of biodiesel sit at just 10 times future earnings, 0.26 times sales, and 0.85 book value. The stock also comes with a PEG ratio of just 0.17 -- values under 1.0 are interpreted as a sign a business is undervalued.

Now, investors aren't entirely wrong for shying away from Renewable Energy Group. That's because renewable fuels markets have been historically dependent on federal tax credits, but since they're allowed to expire seemingly every year, it creates a good deal of uncertainty. Here's the catch, though: Tax credits have been retroactively reinstated each time they've been allowed to lapse (2010, 2012, 2014, 2015, and 2017).

Over the years and through the uncertainty, the company has kept its head down and plowed money into growth. That has allowed it to capture a larger windfall from the tax credit each and every year, which it has invested in diverse and higher-margin opportunities, such as renewable diesel (chemically different than biodiesel) and petroleum fuel distribution. Continued production growth and investments in lower-cost production create a realistic path to consistent profitability for Renewable Energy Group -- even without federal tax credits.

There are encouraging market catalysts, too. The U.S. Environmental Protection Agency has proposed increasing the amount of biodiesel that must be blended into the nation's fuel supply to 2.43 billion gallons in 2020. That's a 49% hike from mandated levels in 2014. Also in 2020, the global shipping industry will move to ultra-low sulfur fuels, which could increase the demand for distillate such as diesel by 20 billion gallons per year. Simply put, investors may want to take a closer look at the long-term potential of one of the world's leading renewable fuels producers.

Keith Noonan (IBM): Solid performance in IBM's recent quarterly reports and other indications of momentum for its growth businesses suggest that the company might finally be turning that much-talked-about corner. While the 5% earnings growth and 2% currency-adjusted revenue increase that the company delivered in its recently reported quarter are paltry compared to what high-flying tech industry leaders are delivering, IBM has now posted sales expansion in two of its last three quarters -- and sales gains for the company's cloud, analytics, and security businesses bode well for the long-term earnings picture.

To be sure, IBM is not as flashy as more innovative players in the tech space, and investors shouldn't go in expecting big sales and earnings growth in the near term. However, the company's strategic imperatives revenue has continued to climb, accounting for 48% of sales over the trailing-12-month period and rising 13% year over year to reach just over half of sales in the company's recently reported second quarter.

Even after its solid earnings report, IBM trades at roughly 10.5 times this year's expected earnings. The other big part of the IBM stock value proposition is the returned-income component, with shares yielding roughly 4.3% and good reasons to anticipate that the company will continue to bolster its dividend profile. IBM has raised its payout annually for 23 years running, making it just two years of payout growth removed from achieving Dividend Aristocrat status.

With a valuation that suggests limited downside risk, the potential for substantial capital appreciation if the company's turnaround continues to proceed successfully, and an attractive returned-income profile, IBM is a value stock worth adding to your portfolio this July.