Some trends are temporary. Pet rock sales soared in the 1970s, but you don't see too many people shelling out money for them these days. Other trends last longer but eventually fade out. Then there are some trends that are long term and unstoppable.

Perhaps the best example of the third category of trends is the one that the U.S. and many countries across the world are experiencing right now: an aging population. This long-term trend should boost many stocks. I think that it especially makes Intuitive Surgical (NASDAQ:ISRG) an awesome buy for the long run. 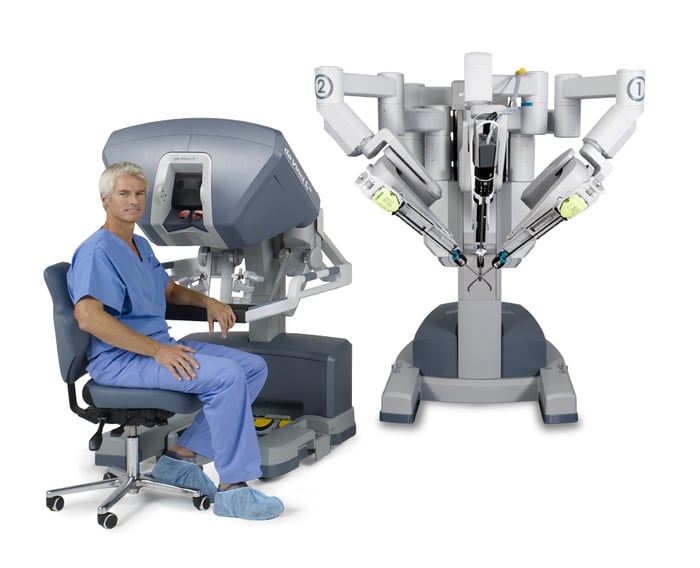 Destiny is in the demographics

The year 2030 is a pivotal one for the U.S. Throughout the nation's entire history, the number of children under the age of 18 has been higher than the number of individuals aged 65 or older. But in 2030, that will change, according to the U.S. Census Bureau.

An aging population is seen as a "megatrend" that's shaping the future of Europe as well. This is especially the case in Germany, which has the largest population of any country in Europe. The percentage of Germans over age 60 is projected to increase from 27% to 39% by 2050.

And don't overlook Asia. An Asian Development Bank report published last year predicted that Asia "is on track in the next few decades to become one of the oldest [regions] in the world." By 2050, an estimated 923 million people aged 65 or older will live in Asian countries.

Back to the U.S., there's another dynamic at work that will increase the average age of the population: Millennials are getting older. The baby boomers were the biggest generation in U.S. history -- until the millennials entered the picture. The oldest members of the millennial generation reach age 40 in less than three years.

Why the trend benefits Intuitive Surgical

So what if there are going to be more older people and many U.S. millenials will soon be middle-aged? For Intuitive Surgical, the demographic trends could be a really big deal.

Let's start with a generic observation that older adults tend to require surgery more often than younger adults do. Researchers have been raising alerts about this for quite a while because of concerns about potential surgeon workforce shortages. A study published in the Annals of Surgery medical journal in 2003 concluded that "the aging of the U.S. population will result in significant growth in the demand for surgical services." This fact alone should drive higher demand for Intuitive Surgical's da Vinci robotic surgical systems.

But what's especially interesting is delving into the specifics for the company's most-performed procedures. Full or partial removal of the prostate is the top urology procedure in the U.S. and the top overall procedure performed using da Vinci outside of the U.S. The average age of men diagnosed with prostate cancer is 66, according to the American Cancer Society. The aging of the baby boomers in the U.S. and across the world should increase the number of prostatectomies performed using da Vinci.

In Intuitive Surgical's blowout Q2 results announced last week, the company's management specifically pointed to colorectal procedures as a prime growth driver. Many of those procedures related to colorectal cancer. Although younger people can get colorectal cancer, the risk increases with age. The average age at the time of diagnosis of colon cancer is 68 for men and 72 for women, while the average for both sexes at the time of diagnosis of rectal cancer is 63. Baby boomers should push the number of colorectal procedures performed by da Vinci systems higher in the coming years.

One awesome stock to buy

A whopping 71% of Intuitive Surgical's revenue comes from recurring sales of instruments, accessories, and services. The more procedures that are performed, the higher the company's recurring revenue. Long-term aging demographic trends are highly likely to make Intuitive Surgical increasingly profitable in the coming decade and beyond.

Of course, that's making an assumption that Intuitive Surgical will benefit the most as more surgeries are performed using robotic technology. Is that a safe assumption? I think so.

Intuitive Surgical enjoys a near-monopoly in robotic surgery right now. My colleague Sean Williams thinks the company has an impenetrable moat. I wouldn't rule out others capturing more market share in the future, though.

Medtronic is behind schedule with launching its robotic surgical system that will rival da Vinci, but competition is coming. Transenterix could also go head-to-head with Intuitive Surgical in the future. Verb Surgical, a joint venture started by Alphabet and Johnson & Johnson, plans to roll out its own surgical robot in 2020.

But Intuitive Surgical has a really big head start on potential rivals. The company can point to a long track record of performance and safety that new entrants to the market won't be able to claim for years to come. In the meantime, Intuitive continues to invest heavily in research and development.

In my view, the robotic surgical system market will grow fast enough to support multiple players. I also think that Intuitive Surgical will dominate the market even with new competition. The stock comes with a high valuation, but you can pretty much count on sustained growth for Intuitive Surgical thanks to aging demographic trends.