In response to the company sharing an update related to its ongoing litigation with Boston Scientific (NYSE:BSX), shares of Nevro Corp. (NYSE:NVRO), a medical device company focused on pain management, jumped 35% as of 11:20 a.m. EDT.

Nevro announced today that the court has ruled in its favor with regard to six method claims from three of the company's patents. The court found the patents to be eligible and rejected Boston Scientific's claim that they were invalid. 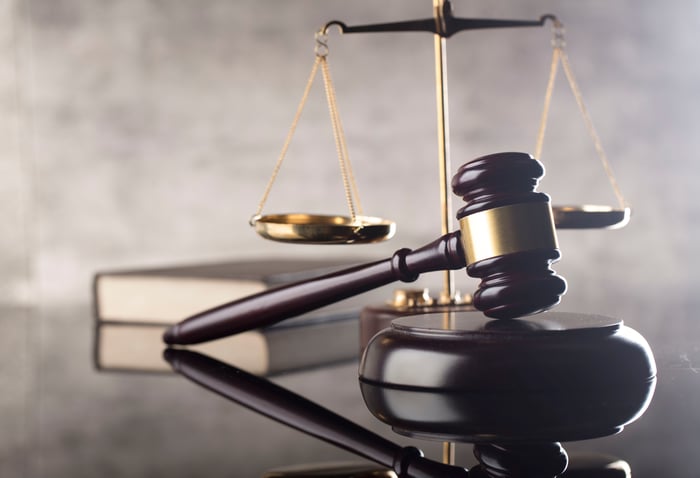 The patents in question cover the methods that Nevro uses to deliver its spinal cord stimulation (SCS) therapy at specific frequencies between 1.5 and 100 kHz. Boston Scientific was seeking to invalidate those patents because it is researching a high-frequency SCS system of its own.

On the other hand, the court also stated that Boston Scientific is not currently infringing on any of Nevro's six method claims. That fact could clear the path for Boston Scientific to commercialize its Spectra WaveWriter systems in the U.S. since it operates at frequencies at or below 1.2 kHz.

The court also ruled that the asserted claims in four of Nevro's patents were invalid. According to Nevro, it disagrees with some portions of the ruling and that it intends to appeal. However, even with the mixed ruling, it still believes that this judgment will prevent Boston Scientific from creating a commercial SCS therapy that operates between 1.5 and 100 kHz in the U.S.

Traders are bidding up this beaten-down stock in light of the largely favorable litigation news.

Nevro's investors should be breathing a sigh of relief today. The last couple of months haven't been kind to shareholders in the wake of weak first-quarter results and the recent firing of a key executive.

However, today's update should give investors more confidence in the company's growth potential. With shares still down big from their all-time high, I still think it's a fine time for bulls to buy into this growth story.