Shares of Abiomed Inc. (NASDAQ:ABMD) sank 11.3% as of 11:23 a.m. EDT on Thursday. The medical-device company, which primarily markets heart pumps, reported its fiscal year 2019 Q1 results before the market opened. The stock dropped in reaction to this update.

Abiomed's Q1 numbers actually looked great. The company announced revenue of $180 million, up 36% year over year. Earnings per share came in at $1.95, which reflected a jump of nearly 138% over the prior-year period. So what was the problem? There was a twist with that earnings figure.

A big chunk of Abiomed's Q1 EPS -- $1.17 of it -- stemmed from excess tax benefits related to employee share-based compensation awards. Adjusting for this amount, the company's EPS was only $0.78. Wall Street analysts expected Abiomed's adjusted EPS would be $0.82. 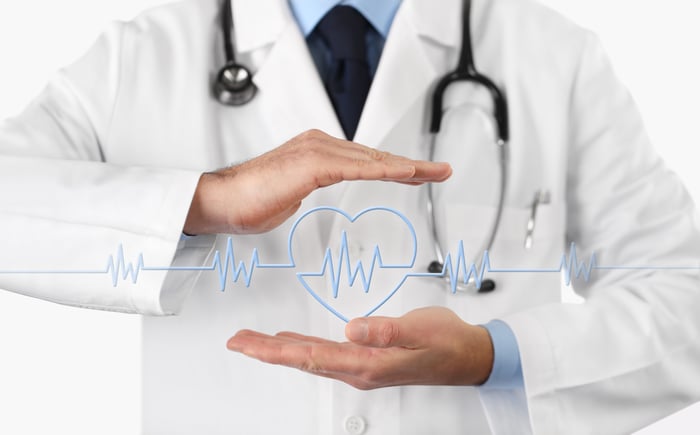 Is missing analysts' estimates by $0.04 a big deal? Not over the long run. In my view, today's decline is a result of a hypersensitive focus on the short term.

Abiomed still appears to be doing quite well. Because of the impact of taxes on the company's bottom line, probably the best way to evaluate Abiomed's performance relative to the prior-year period is to look at earnings before income taxes (EBIT). The company's EBIT soared 43.5% year over year. That shouldn't be troubling to long-term investors; it should be encouraging.

Earnings numbers, though, can be subject to accounting tweaks. Revenue, on the other hand, is harder to manipulate. Although year-over-year revenue growth slowed a little from the 40% reported in the company's 2018 Q4 results, top-line growth was still impressive in Q1.

Investors would be better served by focusing on Abiomed's prospects, not how close the company came to meeting what Wall Street analysts expected. For now, at least, those prospects look solid.

Abiomed updated its 2019 revenue guidance, increasing the lower end of its range by $15 million. The company now projects full-year revenue between $755 million and $770 million. The midpoint of that range reflects a year-over-year increase of 28.5%.

The company's flagship product, the Impella heart pump, continues to enjoy strong momentum. International markets especially are fueling sales growth. Abiomed also recently received approval for three of its Impella models in India. The company should be on course to keep growing as more international markets open up.