AbbVie (NYSE:ABBV) did it again. The big drugmaker posted fantastic numbers in its first-quarter results reported in April. AbbVie announced more great results with its second-quarter earnings update on Friday.

Despite AbbVie's blowout Q2 results, the market frowned. The big pharma company's share price declined in early trading on Friday. Here are two reasons behind this surprising response -- and one big reason why investors actually should be excited about AbbVie's Q2 update. 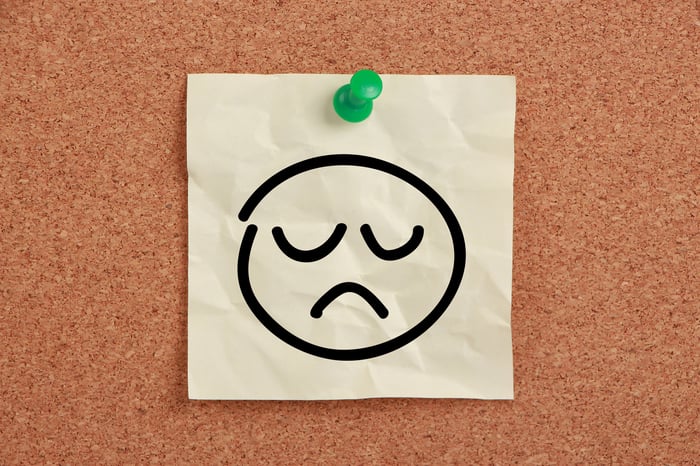 The first thing investors look for in AbbVie's quarterly results after the top-line and bottom-line numbers is Humira's sales figure. That's understandable since the drug generates 63% of the company's total revenue.

So how did Humira do in the second quarter? Pretty good. The drug's sales totaled $5.19 billion, up 10% year over year. However, there are a couple of things to note about Humira's performance.

First, the revenue figure was helped by foreign exchange. On an operational basis, Humira's sales increased by only 8.2% from the prior-year period. Second, this year-over-year growth was subpar compared to the historical performance for the blockbuster drug.

Slower growth could be the new norm for Humira, though, with biosimilar competition in Europe coming later this year. However, I mentioned in a preview of AbbVie's Q2 earnings that lower growth for Humira should be expected in the second quarter due to the timing of shipments in the first quarter. AbbVie still expects the drug to make more than $20 billion this year.

It's not hard to spot the main reason for AbbVie's great second quarter. The company reported hepatitis C virus (HCV) treatment sales of $973 million, with Mavyret generating most of that amount. In the same period last year, HCV drug Viekira's sales totaled $225 million and were quickly dropping.

While investors were no doubt happy about Mavyret's sales, they also realized that Mavyret's momentum is slowing somewhat. The easy wins are probably over. Now, AbbVie and Gilead Sciences (NASDAQ:GILD) have to fight harder for any incremental market share.

Gilead's executives foresaw this scenario. They predicted in the first quarter that their HCV treatment sales would begin to stabilize in mid-2018. That's exactly what appears to be happening now. Stabilization for Gilead's HCV drug franchise, however, also means that AbbVie's HCV drug sales will also stabilize.

In one of her late '80s hit songs, Janet Jackson asked, "What have you done for me lately?" That's kind of how the stock market operates. Mavyret is a tremendous success story for AbbVie and will probably generate billions of dollars each year for the company for a long time to come. But the HCV drug could already be turning into yesterday's news for the market.

A big reason to be excited

There were actually several reasons why investors should have responded more enthusiastically to AbbVie's impressive Q2 results. However, I think I can roll the main reasons for excitement into one statement: Non-Humira growth should be the big storyline for AbbVie going forward.

Of course, Mavyret will continue to be a key way that AbbVie's non-Humira sales grow. But we can't leave out Imbruvica. Q2 sales for the cancer drug soared nearly 36% year over year. Approvals for more indications could be on the way.

Speaking of approvals, AbbVie just snagged a big one for Orilissa (elagolix). The FDA approved the drug in managing pain associated with endometriosis on July 24. AbbVie is also evaluating Orilissa in a late-stage study targeting treatment of uterine fibroids.

In April, AbbVie submitted for FDA approval of risankizumab in treating psoriasis. The drug, along with another candidate, upadacitinib, is an important component of AbbVie's strategy to maintain its dominance in the immunology market even after Humira loses patent protection. They're also key reasons why market research firm EvaluatePharma ranks AbbVie's pipeline as No. 2 in the industry.

But could sinking sales for Humira keep the spotlight off of AbbVie's other bright spots? Maybe. However, don't believe the doomsayers predicting that AbbVie is in trouble. The company recently signed an agreement to keep Mylan's biosimilar to Humira off the U.S. market until 2023 in a similar deal that it made last year with Amgen. AbbVie should have plenty of time for its current drugs and pipeline candidates to generate growth and offset any decline in sales for Humira.

Is the negative reaction to AbbVie's second quarter warranted? I don't think so. Imbruvica, Mavyret, Orilissa, a loaded pipeline, and a great dividend should turn investors' frowns into smiles over the long run.