Just when you thought Gilead Sciences (NASDAQ:GILD) might be boring, the big biotech shook things up. A lot.

Gilead announced on Wednesday that its CEO, John Milligan, would be leaving the company at the end of the year. Milligan spent his entire 28-year career at Gilead. He took the top spot at the biotech in March 2016, so exiting so soon was a huge surprise. Gilead's share price dropped in early trading on Thursday as investors mulled over what a change in CEO could mean for the company.

But while it's easy to be distracted by a game of musical chairs at the top, I think investors should pay much more attention to the big news revealed in Gilead's Q2 results and the accompanying conference call. Here are four stories that are more important than Milligan's departure. 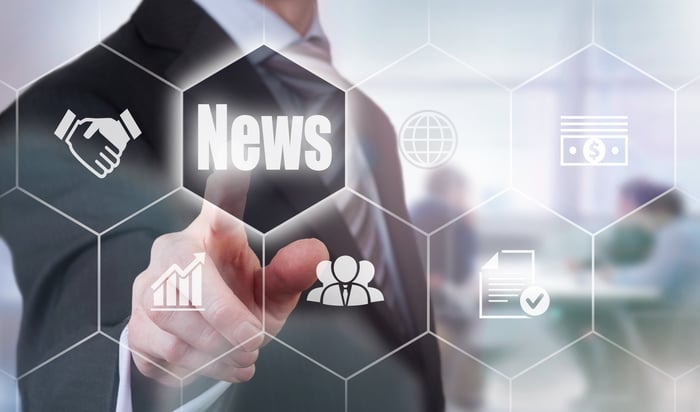 1. A light at the end of the tunnel for HCV

Gilead reported HCV sales in the second quarter of $1 billion. Sure, that was a 65% plunge from the prior-year period. However, that year-over-year comparison misses what's enormously important: HCV sales really do appear to be stabilizing. In the first quarter, Gilead's HCV sales totaled $1.05 billion. HCV sales only dropped by 4.4% sequentially.

To put this into perspective, consider that Gilead's HCV sales in 2017 Q4 were $1.5 billion. Between Q4 and Q1, HCV sales plunged 30%. Now, though, there definitely appears to be a light at the end of the tunnel for Gilead after several years of steep declines in HCV sales.

2. Fantastic HIV sales -- with an asterisk

Another important story for Gilead is that its HIV sales are soaring after a relatively weak performance in Q1. Biktarvy is absolutely rocking, generating sales of $185 million in the second quarter. Robin Washington said in the company's conference call that Gilead anticipates that Biktarvy "will overtake Genvoya as the most successful launch in HIV history."

Gilead's other Descovy-based HIV drugs also performed really well in Q2. What I found especially interesting was that sales for Genvoya jumped 35% year over year even with roughly one-fourth of Biktarvy's prescriptions coming from patients who switched from Genvoya.

There was something of an asterisk with Gilead's fantastic Q2 HIV numbers, though. Robin Washington said that the company estimated that around $150 million resulted from a 50-50 payer mix of private and government payers. This mix is typically close to 45% private pay and 55% government pay. Gilead expects the payer mix to return to its historical levels, which probably means that overall HIV sales in the third quarter will be close to the Q2 total.

Speaking of asterisks, Yescarta might seem to be one with its sales only a drop in the bucket compared to Gilead's HCV and HIV revenue. However, Gilead appears to be quietly dominating in cell therapy.

Gilead reported Q2 sales of Yescarta of $68 million, up from $40 million in the first quarter. The company expected a slow ramp-up due to the challenges of getting centers trained and operational. But while the launch for Yescarta has been slow, it's been a lot faster than the competition. Novartis won Food and Drug Administration approval for its cell therapy, Kymriah, in May 2016 -- several months ahead of Yescarta's FDA approval. However, in the second quarter, Kymriah's sales totaled only $16 million.

In addition, Gilead has made seven deals in the cell therapy arena since acquiring Kite Pharma last year, including acquisitions, investments, and partnerships. Most recently, the biotech announced a collaboration with privately held Gadeta, which focuses on cancer immunotherapies based on gamma delta T cell receptors.

John Milligan was asked during Gilead's conference call what might be different under a new CEO. His response was intriguing. Milligan replied that he had "been pretty limited in [his] exposure." He thought that the biotech's next top executive should have expertise in non-alcoholic steatohepatitis (NASH) or oncology.

Both Milligan and Chief Scientific Officer John McHutchison mentioned the possibility that Gilead's selonsertib could become the first product to win FDA approval for treating NASH. If the two late-stage clinical studies that are in progress go well, Gilead should file for approval of the drug in the second half of 2019.

I also found it interesting that Milligan stated that "you'll see many things coming to fruition in the second half of this year" when he was asked about business development. He said that the announcement of his departure wouldn't slow anything down on the business development front, adding that "the board has given us the go-ahead to move with these transactions if they meet our criteria."

Connecting all of these dots leads me to conclude that Gilead is probably going to make some acquisitions in the near future. I suspect that the company will buy at least one smaller biotech focused on NASH.

Regardless of what happens, the big news from Gilead this week should mean that the company's future will be anything but boring.