Facebook (NASDAQ:FB) has four platforms that now have over 1 billion monthly active users (MAUs): Facebook, Messenger, WhatsApp, and Instagram. Instagram was the most recent to hit that milestone, which occurred just last month. For social networks, user metrics are among the most important operating metrics for investors to keep an eye on, but Facebook only regularly discloses user metrics for its core Facebook platform.

The other three platforms tend to only announce when they hit certain milestones, instead of providing investors with regular updates. Getting regular updates is much more useful for shareholders, as they can better assess the health of the platform in question, and better discern any positive or negative trends with that granular detail. Ideally, Facebook would provide user metrics for all of its platforms when it releases quarterly results, but that doesn't seem likely anytime soon.

The good news is that Facebook just introduced an entirely new user metric for investors to scrutinize, although it's not clear if Facebook will disclose it regularly going forward. 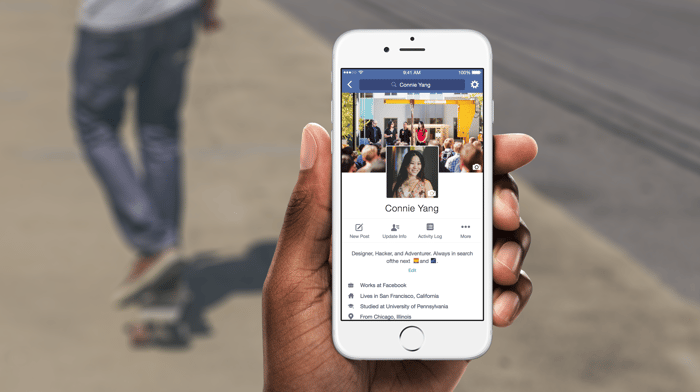 On the earnings call Wednesday evening, CEO Mark Zuckerberg said Facebook is disclosing for the first time the number of users that access any of those four services at least once a month, which is 2.5 billion. He laid out two reasons why this metric is more useful:

This number better reflects our community for a couple of reasons. First, it refers to individual people rather than active accounts, so it excludes when people have multiple active accounts on a single app. And second, it reflects that many people use more than one of our services, and [CFO Dave Wehner] will explain this in a little more detail later.

Here's what Wehner said later on in the call:

As Mark mentioned, we're also introducing a familywide audience metric. 2.5 billion people worldwide used one of our applications in June. This is our best estimate of our deduplicated audience across the Facebook, Instagram, Messenger and WhatsApp. We believe this number better reflects the size of our community and the fact that many people are using more than one of these services.

Note that for comparison purposes Facebook MAU does count multiple accounts for a single user when such accounts exist. And we estimate those represent approximately 10% of our Facebook MAU as previously disclosed in the Limitation of Key Metrics section in our SEC filings. The family audience metric only counts a single user in these instances.

Wehner also noted that Facebook and Instagram are "really one ads ecosystem" from a supply perspective, which also helps explain why the new "familywide audience" metric is useful. Advertiser customers are most interested in the total reach that they have available to them, and the new figure deduplicates users that may have multiple accounts across services.

It almost sounds a little bit like Twitter's since-abandoned "total audience strategy," but there's a big difference. Twitter's strategy was to include all users that view tweets (and ads), even if they're not logged in. Facebook's familywide audience represents users that are logged in, and ad targeting is much more potent when Facebook knows who you are.