But several individual stocks bucked the wider trend, including Chipotle Mexican Grill (NYSE:CMG), Expedia (NASDAQ:EXPE), and Atlassian (NASDAQ:TEAM). Here's why they did so well. 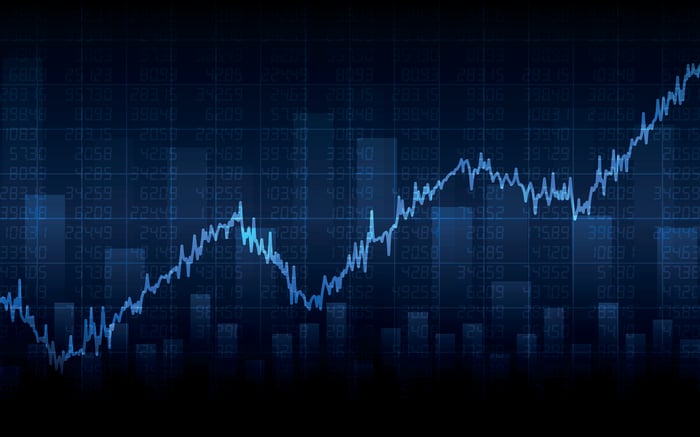 Shares of Chipotle Mexican Grill popped 5.7% after the fast-casual burrito maker wrapped a better-than-expected second quarter. Quarterly revenue grew 8.3% year over year to $1.267 billion, driven by contributions from new locations and a 3.3% increase in comparable-restaurant sales. That translated to more than 20% growth in adjusted earnings to $80.2 million, or $2.87 per share.

Analysts, on average, would have settled for adjusted earnings of $2.78 per share on sales of $1.26 billion.

CEO Brian Niccol called it a "solid" quarter, adding: "While we made progress during the quarter with particular strength in digital sales, I firmly believe we can accelerate that progress by executing our reorganization and our strategy to win today and cultivate tomorrow."

In the meantime, for all of 2018, Chipotle expects comparable sales to increase in the low- to mid-single-digit percent range, up from previous guidance for low-single-digit growth. The company also tempered its expectations for restaurant expansion, predicting new restaurant openings this year will be near the lower end of its previously given range of 130 to 150.

Meanwhile, adjusted net income skyrocketed 51% to $213 million, or $1.38 per share. And excluding Trivago, which Expedia spun off near the end of 2016, adjusted net income gained 61% on a per-share basis to $1.45. Consensus estimates had predicted earnings of just $0.89 per share on roughly the same revenue.

An earnings beat and a new partnership lift Atlassian

Shares of Atlassian jumped 10.5% following the enterprise software company's better-than-expected fiscal fourth-quarter 2018 results. Quarterly revenue increased 40% year over year to $243.8 million, while adjusted net income climbed to $33 million, or $0.13 per share, up from $0.09 per share in the same year-ago period. Both the top and bottom lines were well ahead of consensus predictions for adjusted earnings of $0.12 per share on revenue of $234 million.