In the second quarter, Juniper's earnings fell 8% year over year to $1.20 billion. Analysts had been looking for roughly $1.18 billion, so that wasn't too bad in context. The story was the same on Juniper's bottom line, where adjusted earnings fell 16% to $0.48 per diluted share but still exceeded Wall Street's $0.44 consensus estimate.

Looking ahead, Juniper's management hung an earnings target near $0.44 per share for the third quarter alongside revenue guidance of approximately $1.17 billion. Here, analysts had been expecting something more like $0.51 per share and $1.22 billion, respectively. And so, Juniper's investors started running for the exits. 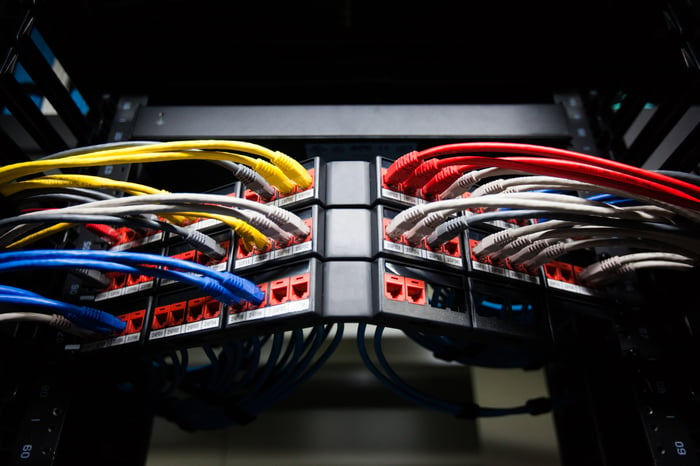 Juniper CEO Rami Rahim admitted that the third-quarter forecast looked a bit weak but reminded investors to keep an eye on the longer-term horizon.

"While the timing of deployments is impacting our Q3 outlook, we remain confident the business will return to year-over-year growth during Q4 and that we have the right solution portfolio and strategy to drive sustained longer-term success," Rahim said in a prepared statement.

The rosy fourth-quarter projection wasn't even based on the upcoming surge of 5G wireless system upgrades. Instead, it rested on a shifting seasonal profile of Juniper's normal operations in a stable pricing environment. The 5G boost will fall in 2019 and beyond.

So quite frankly, I don't see how today's knee-jerk market reaction makes sense in the long run. This looks like a prime buy-in opportunity for a high-quality business with strong and sustainable prospects.

Why Juniper Networks, Inc. Shares Fell as Much as 11.5% Today @themotleyfool #stocks $JNPR Next Article
Current