Find out how earnings pushed some of these companies' shares higher.

Wednesday was a mixed day on Wall Street, with major benchmarks moving in different directions. The Dow Jones Industrial Average and S&P 500 both lost modest ground, but the Nasdaq climbed as investors celebrated strong results from the index's largest technology component. Market participants also viewed the Federal Reserve's decision to leave interest rates unchanged for now as a prelude to future rate hikes as soon as next month. Several companies reported good news that sent their shares substantially higher, and SodaStream International (SODA), McDermott International (MDR), and Container Store Group (TCS -2.03%) were among the best performers on the day. Here's why they did so well.

Shares of SodaStream International popped 26% after the maker of home soda and carbonated-water machines reported strong second-quarter results. SodaStream posted what CEO Daniel Birnbaum called "the most successful quarter in our company's history," including record levels of sales and profit. Net income soared more than 80% on a greater-than-30% gain in revenue, and the company saw solid growth in both new water maker units and in carbonation tank refills. With users gravitating toward the healthier aspects of plain carbonated water over traditional sugary soft drinks, SodaStream has done a good job of pivoting toward its strengths and getting buyers to increase their usage of their machines. 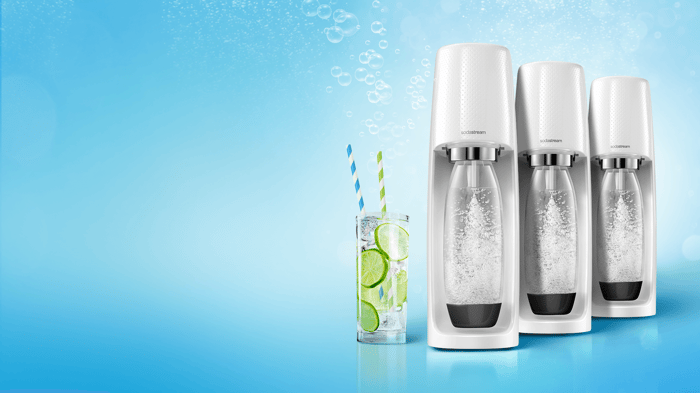 McDermott International stock rose 12% in the wake of the release of the company's second-quarter financial report. The energy infrastructure, engineering, and construction specialist said that revenue more than doubled from the year-ago quarter, reflecting the purchase of Chicago Bridge & Iron earlier this year. Adjusted earnings were lower on a per-share basis because of the CB&I merger, but CEO David Dickson said that the progress the two companies have made in just a few short months toward full integration has been a great start toward realizing the post-merger McDermott's "extraordinary potential" to "be a market leader in key upstream and downstream markets." If oil prices continue to improve, it should also mean more business for McDermott in the near future.

Finally, shares of Container Store Group skyrocketed nearly 45%. The retailer of organizational products said that it saw revenue rise 7% in its fiscal first quarter on a 4.7% gain in comparable-store sales, and efforts to put a clamp on rising costs also helped Container Store cut some of its bottom-line losses compared to year-earlier levels. Between the redesign of one of its most important physical store locations and its work to boost its e-commerce sales, Container Store is pulling all the right levers to get its stock moving back in the right direction, and investors are rewarding the company today by sending share prices to their best level in nearly three years. It'll take more work to realize its full potential, but Container Store is moving in the right direction for now.

Is SodaStream Stock Punching Out Too Soon?
409%