Please ensure Javascript is enabled for purposes of website accessibility
Log In Help Join The Motley Fool
Free Article Join Over 1 Million Premium Members And Get More In-Depth Stock Guidance and Research
By Danny Vena - Aug 2, 2018 at 9:22AM

Cynics keep waiting for the iPhone maker to fail, but Apple refuses to oblige.

Going into Apple's (AAPL 0.17%) third-quarter financial report, investors weren't sure what to expect, having long worried about the slowing growth of the company's flagship iPhone, particularly in light of the fact that the device accounts for the lion's share of Apple's revenue.

Apple again proved the naysayers wrong, turning in unexpectedly strong growth in what is seasonally its slowest quarter of the year.

For the recently-completed fiscal third quarter, which ended on June 30, Apple reported revenue of $53.3 billion, up 17% year over year, near the high end of its range, and exceeding analysts' consensus estimates for $52.34 billion. The company also posted net income that grew 32% compared to the prior-year quarter, producing earnings per share of $2.34, an increase of 40% year over year, and blasting past analysts' expectations for $2.18. 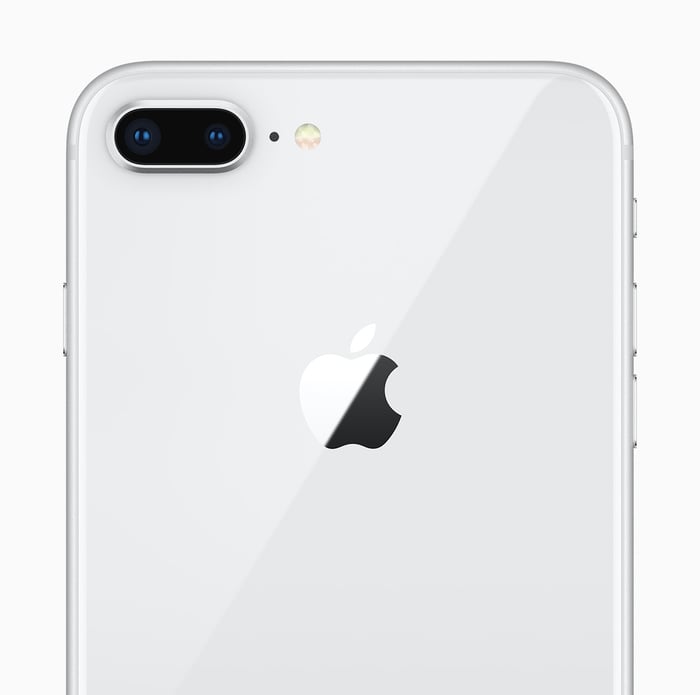 Apple sold 41.3 million iPhones during the quarter, up 1% year over year and below analysts' expectations for 41.6 million. The company generated more revenue from each device, however, as the average selling price (ASP) rose to $724 from $606 in the prior-year quarter. This shows that Apple fans continue to buy higher-priced models like the iPhone X and the iPhone 8.

"Our [third-quarter] results were driven by continued strong sales of iPhone, Services and Wearables, and we are very excited about the products and services in our pipeline," said Apple CEO Tim Cook.

There was unexpected strength in a number of categories. Service revenue grew to a new all-time high of $9.55 billion, up 31% year over year, and accounted for 18% of Apple's total revenue in the quarter. Subscribers for services like iCloud storage and Apple's streaming music service now exceed 300 million and are becoming an increasingly important part of Apple's future growth plans.

In 2017, Cook announced the company's intention to double its service revenue from its then-current run rate of $25.5 billion by 2020. Over the previous four quarters, the services segment has topped $35.7 billion, showing that Apple is on track to meet its goal. 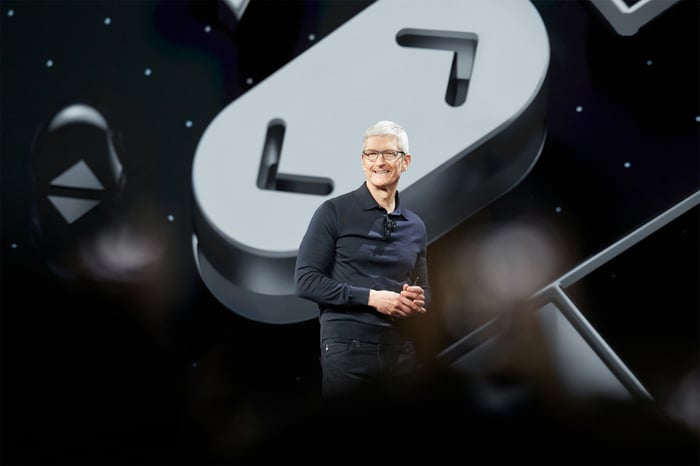 Apple's "other products" category, which houses Apple Watch, AirPods, Apple TV, Beats, and HomePod, was the highest growth segment for the company, with sales of $3.74 billion, up 37% compared to the prior-year quarter.

Not all products were winners in the quarter. Apple sold 11.55 million iPads during the quarter, up just 1% year over year. Macs were even more of a disappointment, selling 3.7 million, down 13% compared to the prior-year quarter. Revenue for the two laggards fell 5% each year over year to $4.7 billion and $5.3 billion, respectively.

Last quarter when Apple announced its new $100 billion share repurchase, Apple CFO Luca Maestri said the company planned to buy back shares "efficiently and at a fast pace." Apple made good on that promise, repurchasing $20 billion in shares during the quarter.

For the upcoming fourth quarter, Apple is forecasting revenue in a range of $60 billion to $62 billion, which would represent year-over-year growth of between 14% and 18%. The company is anticipating gross margins between 38% and 38.5% and operating expenses of $8 billion, give or take $50 million.

For their part, analysts' consensus estimates are calling for revenue of $59.57 billion and earnings per share of $2.65.

Apple continues to defy expectations, and it won't be long before the latest iterations of the iPhone are upon us -- giving detractors something else on which to focus.