Many think of recreational vehicles as a throwback to the 1970s. But RVs are back in style, and the companies that produce them have seen explosive growth recently. For LCI Industries (NYSE:LCII), producing and supplying the accessories that go into many of the most popular RV models has been a gold mine, leading to impressive gains in sales and profit. Yet some have been nervous about the RV boom's sustainability after such a big run.

Coming into Thursday's second-quarter financial report, LCI investors were ready to accept slowing growth rates on the top line, but they still wanted to see the success of the industry reflected in earnings results. LCI's performance showed that the RV boom is still booming, and bullish shareholders hope the components supplier will keep finding ways to take advantage of good industry conditions until something changes to make them go away. 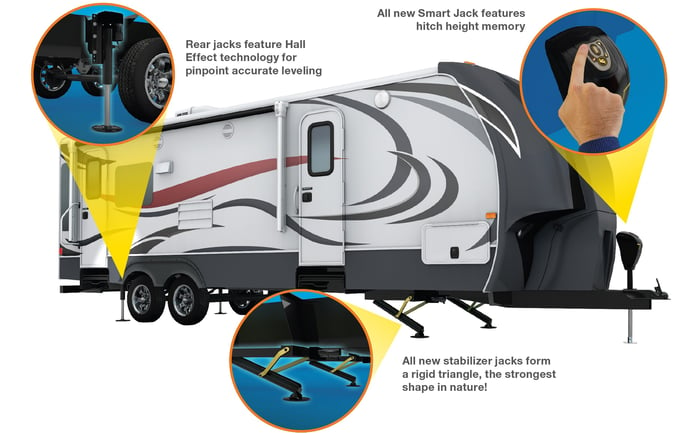 LCI Industries taps into the boom

LCI Industries' second-quarter results were solid. Revenue was higher by 25% to $684 million, easily topping the 20% growth rate that most of those following the stock had expected to see. Those sales gains translated into net income of $47.2 million, up 18% from year-ago levels, and the resulting $1.86 per share in earnings was better than the consensus forecast among investors for $1.83 per share on the bottom line.

LCI continued to take a balanced approach toward its growth. Organic growth rates of 14% slowed down from the first quarter but were still fairly impressive, especially in light of decisions among dealers to normalize their inventory levels by temporarily slowing the pace of wholesale shipments. Acquisitions over the past 12 months contributed the remaining 11 percentage points of growth, and that's consistent with LCI's long-term strategy in building and maintaining a leadership position in supplying RV components.

From a segment perspective, LCI also managed to make progress throughout its business. Sales of original equipment manufacturer motorhome components were up by more than a third, while travel trailer and fifth-wheel sales rose by 12%. Aftermarket sales soared by more than half, and LCI has also had success in tapping into adjacent industries beyond RVs to broaden the overall scope of its business.

LCI is also putting itself in position to keep profiting from favorable demand trends. In Lippert's words, "Sales momentum has continued as the industry attracts a new generation of RV enthusiasts, supported by strong economic growth and consumer confidence."

Still, there's some reason for investors to expect moderating growth going forward. The Recreation Vehicle Industry Association's current forecasts have 2018 unit sales growth up 7%, but sales gains are expected to slow to just 2% in 2019. That in turn could force manufacturers to slow their pace of vehicle rollouts, leading to decelerating sales of components and accessories for RVs next year and beyond.

In addition, cost controls have again had only mixed success. Overhead expenses were up 26% from year-ago levels, outpacing the revenue growth rate and causing another drop in operating margin. Without sharply lower income tax rates, earnings would have been roughly flat, so LCI needs to work hard to keep expenses down if it wants to sustain its current growth rate.

Investors were ecstatic about LCI's results, and the stock soared 8% at the open following the announcement. As long as the good times continue, LCI should be in position to keep claiming its share of the RV boom for the foreseeable future.

Is the RV Boom Slowing Down? Not According to LCI @themotleyfool #stocks $LCII Next Article
Current