The technology platform provider for the fitness, wellness, and beauty services industries grew revenue 40% year over year, but pared back its full-year revenue outlook.

Mindbody (MB) reported second-quarter 2018 financial results after the market close on Tuesday. The online platform provider for the fitness, wellness, and beauty services industries posted strong revenue growth of 40% year over year. Net loss per share on both a GAAP and adjusted basis widened, driven by acquisitions and increased spending intended to fuel long-term growth.

Shares of Mindbody closed down 6.3% on Wednesday. The market's reaction was probably largely due to the company's lowering of the upper end of its revenue outlook range for full-year 2018. Despite Wednesday's drop, Mindbody stock has gained nearly 35% over the one-year period through Wednesday, versus the S&P 500's 16.1% return. 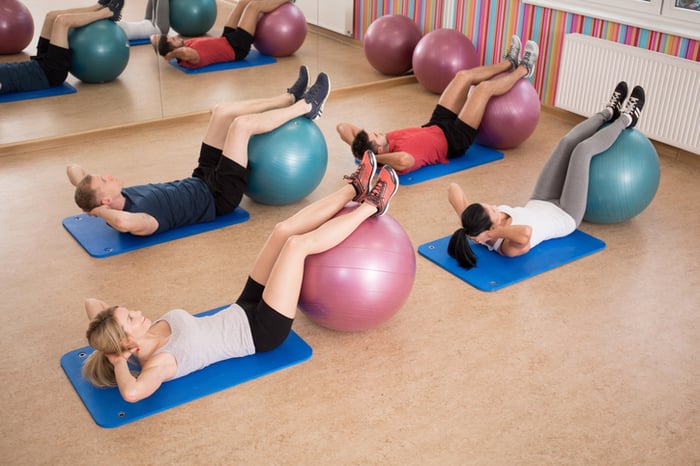 Revenue from Booker products was approximately $6.9 million, CFO Brett White said on the earnings call. Investors should be cautioned against assuming that this revenue can be backed out of the quarter's total to calculate Mindbody's organic revenue growth rate. The company has been "directing the salon and spa leads and opportunities to Booker," which is "causing salon and spa sales from Mindbody, of course, to decline rapidly," co-founder and CEO Rick Stollmeyer said on the earnings call. He continued saying "that was our intention because Booker is a better product fit for most salons and spas, and that's why we bought them."

Mindbody had guided for revenue in the range of $59.5 million to $61.5 million and a loss per share, on an adjusted basis, of $0.09 to $0.06. So both the top and bottom lines came in at the upper end of their respective outlook range. For additional context -- though long-term investors shouldn't place too much weight on Wall Street's near-term estimates -- analysts were looking for an adjusted loss per share of $0.08 on revenue of $60.5 million. So Mindbody beat both expectations.

Here's what Stollmeyer had to say in the press release:

Q2 marks our first quarter post-Booker acquisition, and we are pleased to report strong operating results and progress on integration of the two companies.

We delivered strong revenue growth in the second quarter, driven by the continued shift of our subscriber base into higher priced software tiers.

Mindbody continues to post strong revenue growth. While its loss on both a GAAP and adjusted basis widened, this was expected. Last quarter, management pared back its bottom-line guidance for the year, citing its plans to invest "significantly" in its Booker and FitMetrix acquisitions "to set the stage for much greater growth" in the future.

Management issued third-quarter guidance, as follows. It also tweaked its previously issued full-year guidance: It lowered the upper end of its revenue range, which had the effect of lowering the midpoint by $1 million, though, on the positive side, it lowered the entire range for its adjusted loss per share expectation. Regarding the paring back of 2018 revenue guidance, Stollmeyer said on the call that this was related to the integration of the Booker acquisition and that the company just wants "to be cautious for the balance of the year," but he noted that "[w]e're still very bullish on where this is going to take us in 2019."