Looking for a few great buys in the tech sector? Start here.

2018 has been another great year for tech investors. The Technology Select SPDR ETF (XLK 0.22%) -- a broadly diversified exchange-traded fund that holds 75 tech stocks -- is up about 13% year to date. That's more than double the return of the overall S&P 500.

Thankfully, even in times like these, there are still great stocks to buy. We reached out to a team of Motley Fool contributors and asked them to highlight a tech stock that they think is a smart buy right now. Here's why they called out Amazon (AMZN 0.25%), Cisco (CSCO 2.92%), and Mindbody (MB). 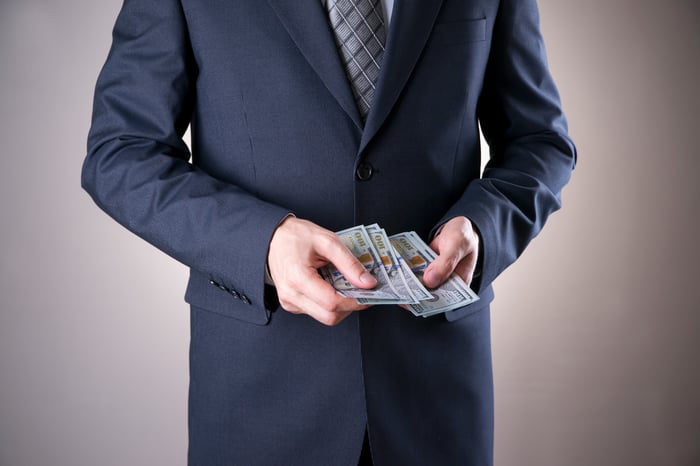 When increasing clouds are a good thing

Danny Vena (Amazon): There's little doubt that Amazon is a massive and growing force in the e-commerce space, particularly in the U.S. The company captured as much as 44% of the country's digital purchases last year, which works out to about 4% of all retail sales. That amounted to $32 billion in revenue in its most recent quarter from its North American business alone.

The company's international operations are edging ever closer to breakeven, as Amazon has been investing heavily to expand beyond our borders to become a global e-commerce powerhouse.

In light of all this, you might be tempted to think that e-commerce is Amazon's biggest opportunity. You might be surprised to learn then, that Amazon's most lucrative business is actually Amazon Web Services (AWS), the company's cloud computing segment.

Amazon's digital sales last quarter accounted for $47 billion of the company's total revenue of $53 billion -- but the segment generated only $1.3 billion in operating income.

At the same time, revenue from AWS jumped 49% year over year to $6.1 billion, generating $1.6 billion in operating income -- up 79%. That amounts to juicy margins of nearly 27%. Cloud computing now accounts for 11.5% of Amazon's revenue, up from 7.8% three years earlier. So far this year, AWS has provided Amazon with 62% of its total operating income.

The significant cash generation of its cloud business has provided Amazon with the means to expand its international operations, invest in its growing artificial intelligence systems, and fund its video and music streaming segments.

E-commerce may be the biggest part of this gargantuan business, but it's AWS that pays the bills -- and it's the reason investors should buy Amazon now.

Tim Green (Cisco Systems): Cisco Systems isn't a growth stock, at least not anymore. While the networking hardware company has diversified beyond its slow-growing switching and routing businesses, revenue growth has settled into a low-single-digit pace.

One area where Cisco is growing swiftly is security. Cisco's security business grew by 11% year over year in the company's fiscal third quarter, and it's on pace to surpass $2 billion of revenue for the full fiscal year. Cisco's security business will get a further boost when the company closes its recently announced acquisition of Duo Security. Cisco's paying $2.35 billion for the business, which will help the company tackle cloud security.

Cisco's strategy for winning the cybersecurity market is to offer a broad portfolio of products and services. The company claims that some organizations use up to 50 different security vendors, each specialized in certain areas, creating a potential integration nightmare. By offering a full suite of security offerings, Cisco is selling simplicity. I think that's a key competitive advantage.

Cisco's overall growth rate will likely remain slow, but the security business will help drive revenue and profits higher in the long run. With the stock trading for less than 17 times the average analyst estimate for full-year adjusted earnings, it's not a bad time to pick up some shares.

Riding the health and beauty wave

Brian Feroldi (Mindbody): Americans are becoming increasingly focused on their health and wellness. Thousands of boutique yoga, fitness, and beauty studios have popped up to cater to the increased demand. A hidden winner in this rising trend is a small software-as-a-service company called Mindbody that helps these small businesses with many of their day-to-day functions.

Mindbody's customers use the company's platform to take care of things like booking appointments, managing staff schedules, marketing, building an online presence, and handling customer payments. These features have already convinced more than 68,000 small businesses to sign up. Better yet, as impressive as that number is, it's only a tiny fraction of the 4.2 million businesses worldwide that focus on the wellness industry. In other words, there's still plenty of room left for Mindbody to grow.

A deeper look at the company also should provide reasons for optimism. The company gets rave reviews from its employees online, and its co-founder Richard Stollmeyer is still running the show. The company has already started to generate free cash flow, so the business is in a sound financial position.

I think that this business looks more than capable of driving double-digit revenue growth for the foreseeable future. With shares currently down more than 20% from their recent high, I think this is a great growth stock for tech investors to check out.