Please ensure Javascript is enabled for purposes of website accessibility
Log In Help Join The Motley Fool
Free Article Join Over 1 Million Premium Members And Get More In-Depth Stock Guidance and Research
By Brian Feroldi - Aug 2, 2018 at 11:59AM

Shares of Dexcom (DXCM -3.30%), a medical device maker focused on diabetes, surged 23% as of 11 a.m. EDT on Thursday. The huge jump is attributable to the release of second-quarter results that smashed expectations and featured a huge boost to guidance.

Here's a review of the key figures from Dexcom's second quarter: 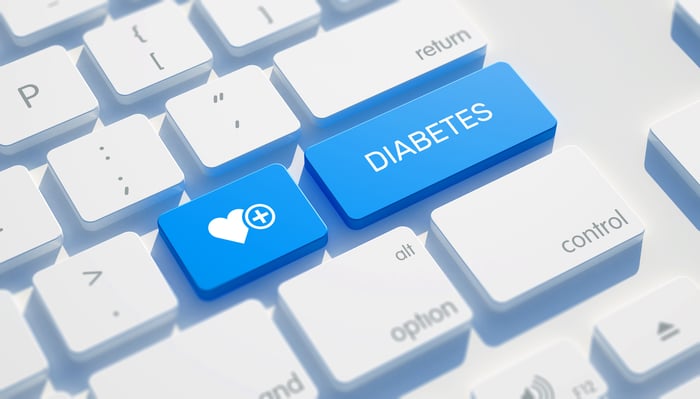 The better-than-expected results also allowed management to significantly boost its guidance for the year. The company now expects full-year revenue of about $925 million. That's much higher than its prior range of $850 million to $860 million.

Given the significant beat-and-raise, it isn't hard to figure out why shares are flying high today.

Dexcom's second-quarter results should go a long way to silence the doubters who believed that Abbott Laboratories' (ABT -1.71%) FreeStyle Libre glucose monitoring system was going to put a stop to the company's huge growth. Instead, Dexcom just reported an acceleration in its revenue growth rate, which suggests that the total market is large enough for both companies' products to coexist.

Looking to the future, Dexcom's partnerships with Tandem Diabetes Care and Insulet should keep on serving as catalysts to drive continued adoption. In other words, investors have plenty of reasons to believe that this company's growth engine is still warming up.