Shares of the action-camera specialist popped hard after its latest quarterly beat. Here's why.

With shares up 17.7% Friday, let's have a closer look at what GoPro had to say. 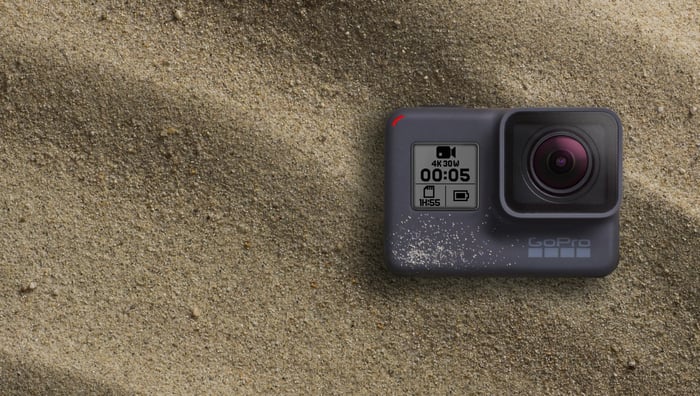 "We are on track; sell-through is solid in all regions indicating strong demand, and we believe GoPro will be profitable in the second half of 2018," stated GoPro founder and CEO Nick Woodman. "Our plan is to exit the year with an improved margin profile we believe translates into a profitable 2019."

During the subsequent conference call, GoPro CFO Brian McGee noted that the company sold 1.8 million cameras in the first half, and is targeting a total of 4.2 million units for the full year. Assuming a slight increase in ASPs, GoPro anticipates third-quarter revenue between $260 million and $280 million, down from $329.8 million in the same year-ago period. Most analysts were modeling Q3 revenue near the low end of that range.

What's more, GoPro told investors to expect fourth-quarter revenue of between $380 million and $400 million, which would mark a return to growth from sales of $334.8 million in last year's fourth quarter. GoPro also believes that will propel the company to adjusted (non-GAAP) profitability in the second half, followed by a full year of profitability and improved cash flow in 2019.

Of course, a lot can happen between now and then, and GoPro certainly has its work cut out for it -- including successfully launching three new products later this year to help drive that growth -- if it wants to meet those goals. But given its positive momentum, and with shares down nearly 40% over the past year leading into this report, GoPro stock is understandably rebounding in response right now.