Please ensure Javascript is enabled for purposes of website accessibility
Log In Help Join The Motley Fool
Free Article Join Over 1 Million Premium Members And Get More In-Depth Stock Guidance and Research
By Chris Neiger - Aug 3, 2018 at 11:08AM

The merger deal with Qualcomm died last month, and some investors took it hard.

Shares of the chip designer NXP Semiconductors (NXPI 0.23%) fell by 12.7% last month, according to data provided by S&P Global Market Intelligence, after the long-awaited merger between the company and Qualcomm (QCOM 0.09%) fell through.

Investors had been waiting for nearly two years for the deal between Qualcomm and NXP Semiconductors to close, but its ultimate fate came down to regulators in China who chose not to approve the $44 billion deal.

It's no wonder that some investors began selling their shares when Qualcomm announced toward the end of July that the deal was dead. The combination of the two companies would have given Qualcomm a leadership position in the automotive semiconductor space due to NXP's leading position it the market. 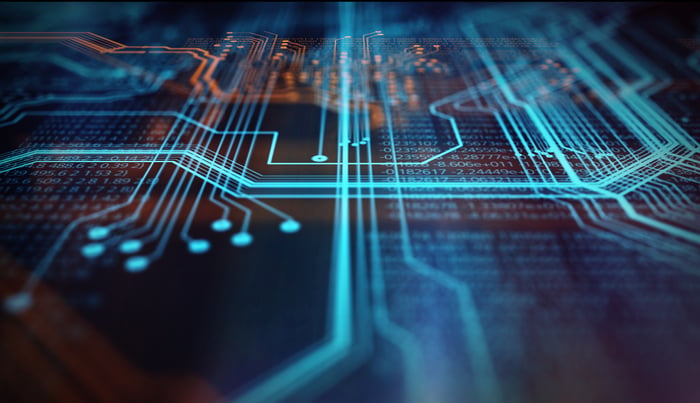 NXP's CEO Richard Clemmer remained optimistic about the company's ability to forge ahead in the connected autos and Internet of Things (IoT) markets and said:

While it is unfortunate that the semiconductor powerhouse that would have resulted from the transaction with Qualcomm could not close after 21 months of diligent efforts by the team, we are confident in our future as an independent market leader and will continue to focus our efforts to drive our long-term strategy in our leadership markets of automotive and secure IoT solutions.

While NXP is no longer tethered to Qualcomm's future, the company does receive a hefty parting gift from Qualcomm -- to the tune of $2 billion. NXP quickly got back to showing that it had its long-term plans -- and investors -- in mind and recently announced a $5 billion share buyback program. NXP Semicoductors' share price has been relatively flat since last month's drop, but it wouldn't be surprising to see shares remain a little volatile as investors begin to reassess their investment thesis for NXP.