Shipments delayed in the first quarter were installed in the second quarter, boosting the gene-sequencing company's revenue.

Pacific Biosciences of California (PACB -7.73%), also known as PacBio, got off to a rocky start in 2018. The gene-sequencing company's first-quarter results were weighed down by a couple of Chinese customers not being ready to receive new systems that they had ordered.

Things got better for PacBio, though. In June, the company introduced new multiplexing tools, which combine multiple samples and sequence them simultaneously. The promise of the new products bolstered investors' confidence in PacBio.

That confidence was put to the test as PacBio announced its second-quarter results on Thursday. Here are the highlights from the company's quarterly update. 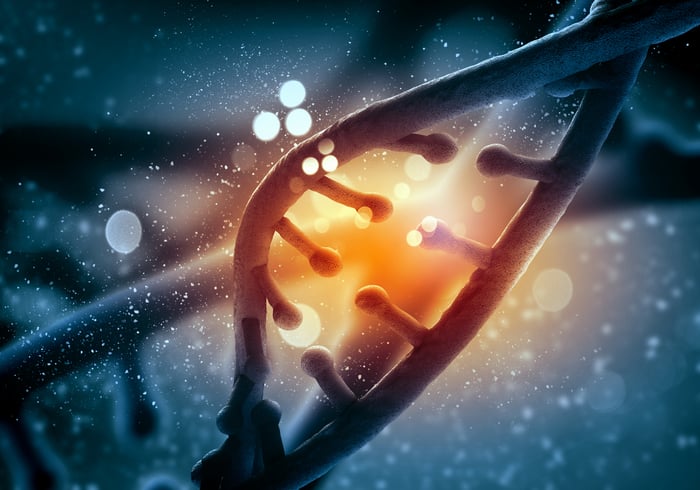 What happened with PacBio this quarter?

PacBio's revenue growth in the second quarter was much better than the lower year-over-year revenue comparison in the first quarter. However, CEO Michael Hunkapiller acknowledged that revenue was below what the company expected.

The good news was that the systems ordered by BGI Genomics and Annoroad earlier in the year were shipped and installed. That allowed PacBio to recognize the revenue on these new system sales.

PacBio's services revenue fell 12.3% year over year to $3.1 million. Lower service contract revenue for RSII systems was a factor in this decline.

The company's bottom line, although still in the red, improved from the prior-year period. Higher sales helped significantly. PacBio also lowered its operating costs by 5.5% year over year, with reductions in research and development as well as sales, general, and administrative spending.

PacBio ended the second quarter with cash, cash equivalents, and investments, excluding restricted cash, totaling $63.5 million. That's a little higher than the $62.9 million cash stockpile at the end of 2017.

There's both good news and bad news for investors in the months ahead. The bad news is that PacBio thinks that some customers could opt to postpone system purchases while they wait for the company's launch of new products. This could weigh on sales in the second half of 2018. PacBio could also experience volatility if trade tensions between the U.S. and China increase.

The good news, though, is that PacBio expects consumables revenue to continue to increase through the end of the year. Even better, the company's management thinks that 2019 could bring faster revenue growth as PacBio expands its market share.

Large population genomics research should be a long-term growth driver for PacBio. The company's efforts to reduce sequencing costs by innovations with its SMRT cell chips could make its systems more attractive to organizations conducting these population genomics studies.