The company's research-and-development spending is climbing quickly, but so are HubSpot's sales.

Cloud-based sales and marketing platform specialist HubSpot (HUBS -8.09%) reported its second-quarter 2018 results at the beginning of August, with revenue climbing 38% year over year to $122.6 million. The sales growth was fueled by rising subscription revenues, which were up 38% from the year-ago quarter, and accounted for 95% of the company's top line.

HubSpot's performance in the quarter led the company's management to increase its previous full-year revenue guidance range of $489 million to $492 million to the current forecast of $496.8 million to $498.8 million. 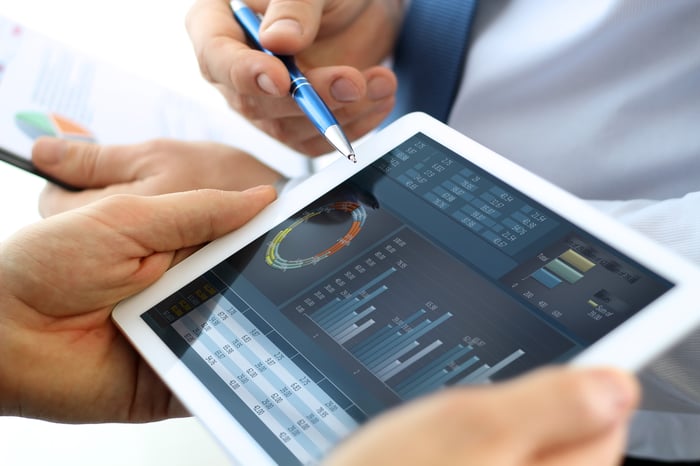 HubSpot's co-founder and CEO Brian Halligan said in a press release that "We're starting to see the fruits of our investment in R&D and we're excited about the progress we've made toward building out our suite of products." Halligan elaborated on the importance of the company's research and development spending on HubSpot's earnings call, saying,

Today, we have more than 175 integrations, either live or in beta, including some major ones like Facebook, Shopify, Slack, and Stripe. These R&D investments are enabling us to shift our value prop[osition] from helping companies generate leads online to helping companies craft a remarkable and complete buying experience for their customers online. [emphasis added]

Halligan said HubSpot's services are solving essential marketing problems for their customers, which is why they've been spending more money to release new products.

Thanks to the company's recent performance, HubSpot's management raised its full-year revenue guidance range to the current $496.8 million to $498.8 million and increased its expectations for non-GAAP earnings as well -- from the previous guidance of $0.59 to $0.65 per share to the current range of $0.63 to $0.67 per share.