Wall Street is warming up to this mid-cap drugmaker.

Shares of Intercept Pharmaceuticals (ICPT -0.68%) rose by as much as 17% on above-average volume Monday. The spark?

The drugmaker's shares were responding positively to back-to-back upgrades from analysts at Goldman Sachs and Wedbush on Monday. For instance, Goldman's Salveen Richter upgraded Intercept's shares from a sell to a buy rating, and hiked the firm's 12-month price target from $46 to $157 a share. Wedbush, on the other hand, doled out a $217 price target on the stock Monday morning. Wedbush's noteworthy price target implies a monstrous 126% upside potential from where Intercept's shares closed last week. 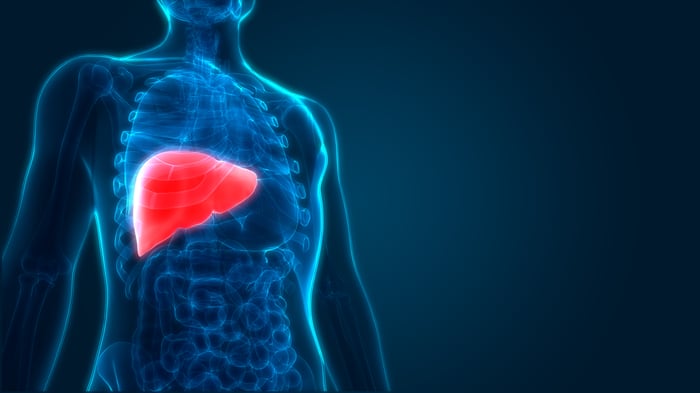 As of 2:46 p.m. EDT on Monday, Intercept's shares were still up by a healthy 16.8% following these dual upgrades.

Analysts have been changing their tune toward Intercept of late, thanks to the rising sales of the company's primary biliary cholangitis drug Ocaliva. The big deal is that this liver disease drug racked up an impressive $43.2 million in sales in the second quarter, beating consensus sales estimates by nearly $3 million in the process.

Prior to this beat, Wall Street was overtly skeptical about Ocaliva's commercial prospects due to the deaths of 19 patients late last year. These fatalities caused the Food and Drug Administration to issue a dreaded black-box warning about the drug's dosing regimen. This revised label, however, hasn't had a discernible impact on the drug's sales so far -- evinced by Ocaliva's stellar Q2 performance.

Intercept appears set to continue heading higher for the foreseeable future for two reasons. First, the fear over Ocaliva's stricter label is clearly starting to dissipate. Second, the drug's late-stage trial for nonalcoholic steatohepatitis is on track to produce top-line results in the first half of 2019. If successful, Ocaliva could gain an all-important first-mover advantage for this high-value indication. As such, investors on the hunt for above-average growth opportunities may want to grab some shares of this promising biotech stock right now.