Please ensure Javascript is enabled for purposes of website accessibility
Log In Help Join The Motley Fool
Free Article Join Over 1 Million Premium Members And Get More In-Depth Stock Guidance and Research
By Jeremy Bowman - Aug 6, 2018 at 10:40AM

Shares of this diversified apparel seller jumped on a strong earnings report and improving analyst sentiment.

Shares of V.F. Corporation (VFC -1.00%) turned in another strong performance last month, gaining 13% in July, according to data from S&P Global Market Intelligence. The parent of brands including Vans, Wrangler, and Timberland built on momentum from the first half of the year, and rose on a strong first-quarter earnings report.

As the chart below shows, the stock gained on a pair of bullish analyst notes before jumping on the earnings report that came out on July 20. 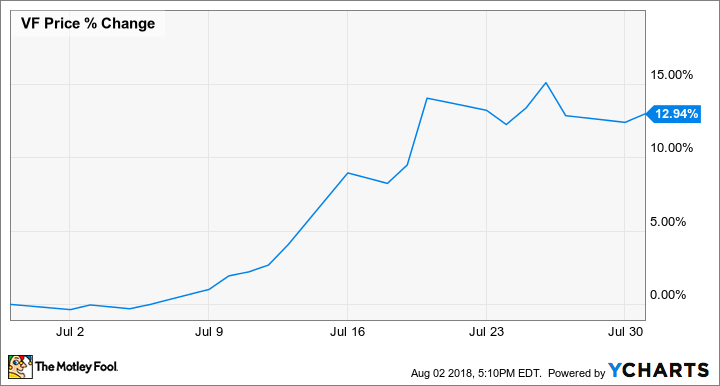 Shares of V.F. Corp jumped 5% on July 16 following two analyst endorsements at the end of the previous week. Deutsche Bank's Paul Trussell initiated coverage with a buy rating and a price target of $93, citing tailwinds from the company's acquisition of Williamson-Dickie late last year, its strong position in outdoor brands (a growing category), and its opportunity for margin expansion. 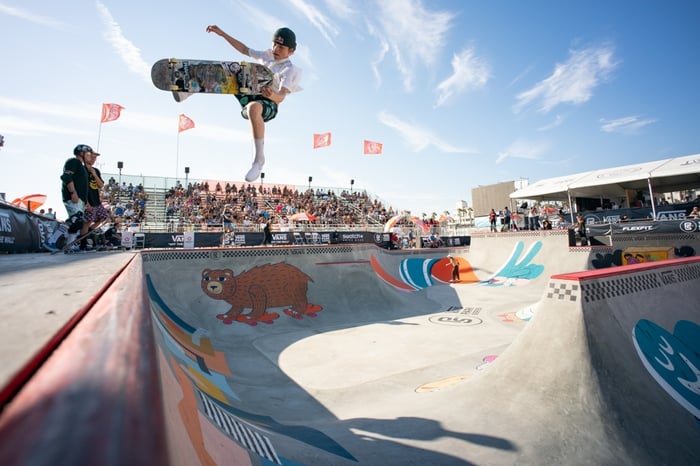 Merrill Lynch echoed those claims, saying that Vans, the skateboard shoe that's one of V.F.'s biggest brands, was gaining momentum into the back-to-school season.

Finally, the company confirmed those endorsements with its own strong earnings report, as sales of Vans jumped 35% in the quarter. Overall revenue from continuing operations increased 23%, to $2.79 billion, or 12% excluding the impact of acquisitions, beating estimates at $2.68 billion. Adjusted gross margin increased 90 basis points, to 50.5%, and adjusted earnings per share jumped 62%, to $0.43, breezing past estimates at $0.33.

V.F.'s tried-and-true formula of acquiring well-known apparel brands and unlocking their profit potential continues to deliver results. The stock is now up 24% year to date and 47% over the last year.