Apple Music will soon debut a slew of original shows on the app, too.

Although Apple (AAPL -1.76%) didn't launch Apple Music until June 2015, it's already overcoming the strong lead Spotify (SNAP -5.32%) had in the music subscription business -- but only in the U.S.

Spotify still has a strong lead over Apple worldwide, with 83 million Premium subscribers, thanks to its popularity across Europe and other markets outside the U.S. Meanwhile, Apple Music reported 50 million global subscribers at the end of May. But unlike Spotify, Apple does include people on the introductory 3-month free trial in that figure, so there's no way of knowing how many subscribers are actually paying a monthly fee. 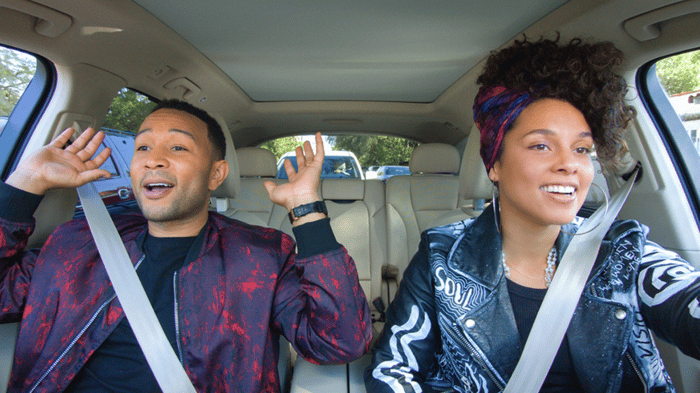 Apple is quickly catching up to Spotify in the U.S.

After Apple Music launched in the summer of 2015, it was adding about 1 million global users per month through the end of 2017. But so far in 2018, Apple Music's growth has skyrocketed to about 2 million global additions each month. By the end of 2018, Apple Music will be the top music subscription service in the U.S. with 27 million subscribers, versus Spotify's 24 million U.S. subscribers, The Financial Times reported. That means Apple is expected to add 1 million subscribers per month just in the U.S. for the remainder of the year.

This growth is partly thanks to Apple's estimated 800 million active iPhone users. That's 800 million people whose phones come with the Apple Music app pre-installed, meaning Apple couldn't make it easier for them to sign up for the service.

While Spotify seems like it should be able to hold onto its top spot worldwide for a while, its main issue continues to be its lack of profitability. For the latest quarter, Spotify's net loss more than doubled year-over-year to $461 million. For the full year, the company expects to grow revenue by 20% to 30%, to between $6.1 billion and $6.8 billion. That would represent a drop from the 39% revenue growth it saw this past year. Apple has dramatically deeper pockets -- its services segment put up more revenue in one quarter than Spotify will pull in over all of 2018 -- making it a lot easier for them to invest in their media platform.

The next big step for both Apple Music and Spotify in their ongoing competition with each other is to flesh out their respective content strategies.

Apple released its first TV show, Planet of the Apps, on the Apple Music app last summer to mostly lackluster reviews. However, the company is also working on bigger production shows with big-time talent. Most recently, Apple signed a multiyear partnership for original content with Oprah Winfrey. The company also has a show with Reese Witherspoon and Jennifer Aniston in the works, as well as a series from Steven Spielberg.

Since Spotify could never compete at the same level as Apple in terms of original content, it announced a partnership with Hulu in early April. For $12.99 per month, subscribers can access Hulu's video on demand (with ads), as well as Spotify Premium. This year, Spotify also launched Spotlight, a platform that adds visual elements to podcasts and other audio experiences.

Depending on the quality of shows that Apple releases in the next year, they could give Apple a big advantage over Spotify, which doesn't have the same $200-billion-plus cash pile on hand to invest in original content. And while Spotify is still the global leader in the music subscription space, the sudden pickup in Apple Music's growth along with these soon-to-be-released shows means Spotify's position isn't as secure as it seemed last year.