The company's cloud-based communications tools are finding plenty of new business, and established customers are also expanding their order volumes.

What happened with Twilio this quarter? 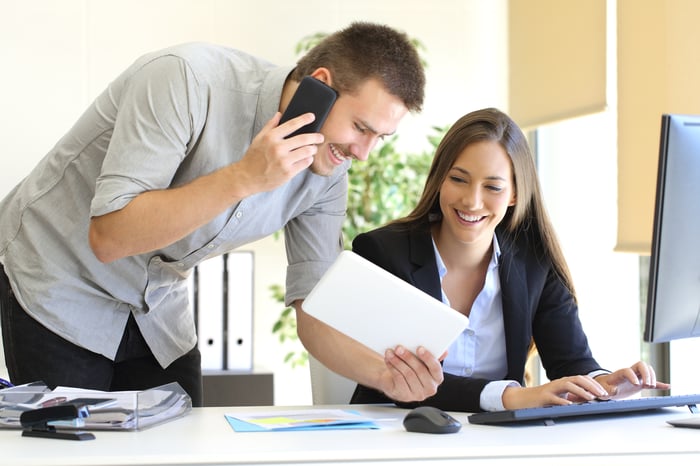 The Shopify deal was a good example of why Flex is important to Twilio's long-term future. It's all about giving customers what they need instead of asking them to find tools to fit their requirements -- which may or may not exist.

COO George Hu explained it this way in a conference call with financial analysts:

For the first time, companies can build exactly what they need to support the specific requirements of their customer engagement while taking advantage of global cloud scale at the same time. As a development-centric company that is growing quickly, Shopify needs both customization and scalability. They chose Twilio Flex because they wanted a contact center that will fit their business instead of fitting their business with a software.

Twilio's management provided the following guidance targets for the next quarter and the full fiscal year. I'll be looking at the midpoints of each guidance range here.

Why Cloud Stocks Twilio, HubSpot, and C3.ai All Fell Today
405%