Shares of ZIOPHARM Oncology (NASDAQ:ZIOP) were 16.8% higher as of 3:11 p.m. EDT on Tuesday. The big move in the biotech's share price is likely related to ZIOPHARM's announcement earlier in the day of changes to its board of directors.

The company issued a press release announcing that two of its current board members, Sir Murray Brennan and Sen. Wyche Fowler, would be stepping down when their terms expire on Sept. 18, 2018. Doug Pagan and Elan Ezickson are being nominated to fill their spots on ZIOPHARM's board of directors. In addition, ZIOPHARM announced that current board member Scott Tarriff has been elected to serve as the board's lead director. 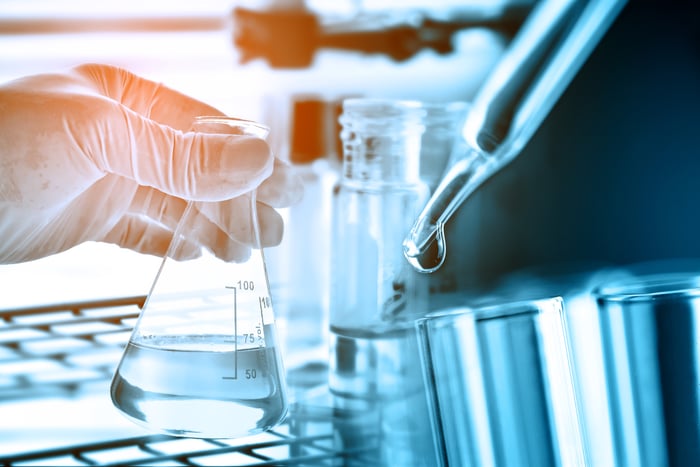 Changes on the board of directors don't always cause significant stock moves. In ZIOPHARM's case, though, the just-announced shakeup appears to have made investors more optimistic about the biotech's future.

Brennan and Fowler have both been members of ZIOPHARM's board of directors for more than a decade. However, neither of the two men had previous experience managing a biotech. Brennan is a distinguished oncologist, serving as chair of the department of surgery at Memorial Sloan Kettering Cancer Center for more than two decades. Fowler is a former U.S. Senator and ambassador.

The new nominees to ZIOPHARM's board, on the other hand, both have significant biotech experience. Ezickson is chief operating officer of the clinical-stage biotech Scholar Rock; in the past he also worked at Aveo Pharmaceuticals and Biogen. Pagan is currently CFO at Paratek Pharmaceuticals; he previously served in various positions with Acceleron Pharma, Biogen, Bristol-Myers Squibb, and Johnson & Johnson.

These changes to the board could calm investors who saw ZIOPHARM's share price plunge in the first half of 2018. The biotech has run into multiple roadblocks, including a clinical hold from the U.S. Food and Drug Administration (FDA) for its CD19-focused chimeric antigen receptor T-cell (CAR-T) program.

Investors don't have to wait long for more big news from ZIOPHARM. The company will provide an update on its second-quarter performance on Wednesday after the market closes.

In particular, there will be a lot of interest in any news related to ZIOPHARM's discussions with the FDA about the CD-19 CAR-T program. ZIOPHARM will also no doubt discuss progress with its controlled interleukin-12 (IL-12) candidate, Ad-RTS-hIL-12, in clinical studies targeting the treatment of brain cancer.

Neither the board changes nor the Q2 update, however, will change ZIOPHARM's financial situation. The company has enough cash to fund operations into the second quarter of 2019, but ZIOPHARM will have to raise more cash before then. I suspect the company will conduct another stock offering, which in turn leads to dilution in the value of existing shares. My view is that it's best to stay on the sidelines with this stock until there's more clarity on its finances and clinical studies.