2017 was a bountiful harvest year for pipeline company Pembina Pipeline (PBA -0.98%). The company's transformative investment plan came to fruition as it brought several billion Canadian dollars worth of pipelines and processing facilities into service. The company's most recent earnings results are still showing the year-over-year gains from this investment plan as Pembina more than doubled adjusted cash flow from operations.

Bringing that many new assets into service all at once also means that future growth plans are going to look rather paltry by comparison. This past quarter, management started to sow the seeds for its next wave of growth. Here's a brief look at Pembina's most recent results and what investors should make of the company's short- and long-term prospects. 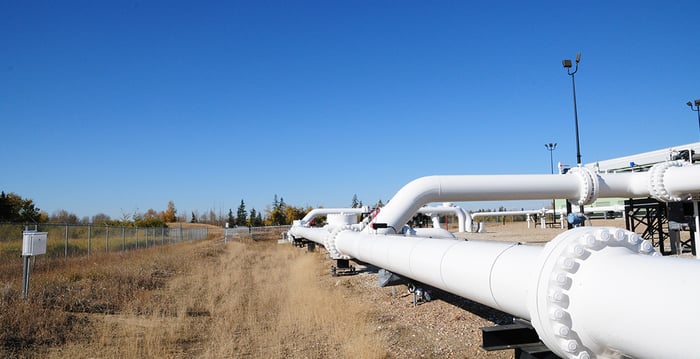 There is a bit of seasonality in Pembina's results, so the more important focus is on year-over-year results. The results for this past quarter achieved several financial and operational records, including record pipeline and processing volumes. While Pembina didn't bring any new assets into service in the quarter, there were some additional gains from projects ramping to full capacity. 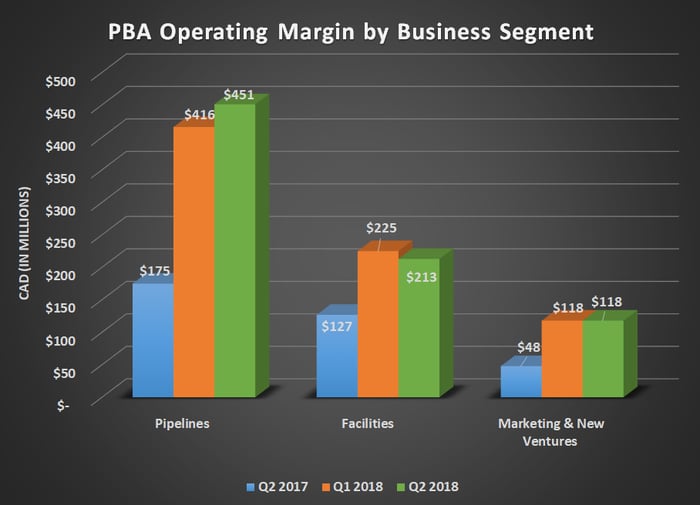 Now that its prior capital plan is largely complete and management has mostly completed the integration of Veresen, management is turning its attention to its next phase of major capital projects. Here's CEO Mike Dilger's prepared statement on the company's two key growth projects over the next few years: its polypropylene manufacturing plant and its Jordan Cove liquefied natural gas export terminal.

At our 2018 Investor Day, we formally unveiled the next evolution of Pembina's strategy, being the move toward accessing global markets. Pembina has committed to commencing long life hydrocarbon reserves to new demand location. By levering its infrastructure and our service offering along the hydrocarbon value chain, Pembina will contribute to ensuring that hydrocarbons produced in the Western Canadian sedimentary basin and the other basins where Pembina operates, can reach the highest volume markets in the world. This evolution in our strategy underpins the projects under development in our Marketing and New Ventures division.

In terms of specific projects, let me first search based on our PDH/PP [propane dehydrogenation/polypropylene] project. Canada Kuwait Petrochemical Company, of which Pembina owns the 50% interest, continues to progress front-end engineering design. We continue to expect this work stream will be completed by late 2018 and will be followed by a final investment decision.

With respect to Jordan Cove, we continue to advance both commercial and regulatory activity. In September 2017, applications with FERC [U.S. Federal Energy Regulatory Committee] were filed for the construction and operation of Jordan Cove. Based on the most recent information available to us, the project is positioned to receive a FERC decision during the second half of 2019, and we continue to anticipate first gas in 2024. 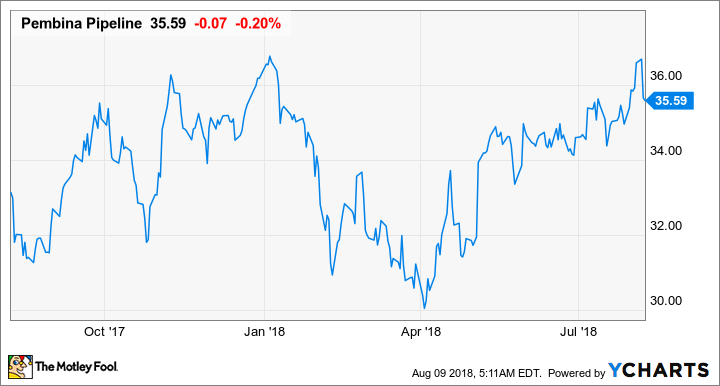 Pembina Pipeline's results over the past year or so have benefited immensely from an investment plan management put in place years in advance. In 2017 alone, it brought more than CA$5 billion in new assets into service and acquired Veresen for CA$9.7 billion. After such a monumental accomplishment, though, the company's upcoming growth plans just don't look as appealing right now. Its current slate of projects under construction is in the CA$2 billion range, and they will all come into service by 2020.

Don't get me wrong -- these additions will help boost the bottom line even further. Also, most of these investments are expansions of existing infrastructure, which traditionally get higher returns. It's just that CA$2 billion in projects over the next two years doesn't have the same ring as CA$15 billion in one year.

Based on management's comments, though, Pembina is just planting seeds today for a large harvest further down the road. Spending for its Jordan Cove LNG facility and its petrochemical plant will be in excess of CA$10 billion. So the next big wave of growth for the company will likely be in the early 2020s.

For investors, that makes for a rather compelling investment proposition today. Its 4.7% dividend yield will likely increase as these smaller projects go live over the next couple of years, and it sets investors up nicely for a big payday when these larger facilities start operations. For those with the patience, Pembina could be a good long-term investment.